We start painting in earnest tomorrow. Today was preliminaries: asking 14 kids in attendance about art in general; showing them some examples?e.g., landscapes by van Gogh, Constable, and Wyeth; then eliciting thoughts about the differences in style, appearance, palette. The kids, who range in grade level from first to sixth, spent most of the time drawing whatever they wanted. I gave each a notebook and encouraged them to draw, journal, doodle whenever the mood strikes.

Due to age differences, I plan to split them into age-differentiated groups. Because of the inherent slipperiness of acrylic-slathered wheels on canvas, I mixed sand in with the third coat of gesso for the canvas, to create more friction, or traction (as can be seen in the accompanying photo). The sand will add dimensionality to the final result. 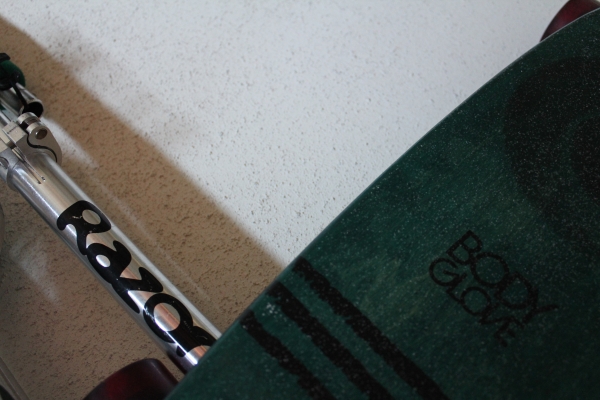 Part of the curriculum agenda tomorrow will be creation and measurement of geometric shapes, blending of primary colors to form secondaries, and, of course, coefficient of friction. It's going to be hot, so we won't have to wait long between each layer for drying.

These posts have by necessity to be ex post facto?no time to type in the short time available to set up and paint.

What a splendid undertaking, what lucky students! I see some poems coming from this. (Friction, benediction ...)


I hope someone is documenting you and your student's process. I didn't realize you were the bicycle tracks artist!

The future of homework
By Monith Ilavarasan | 0 comments | 963 views