Uploaded: Mar 31, 2016
“April is the cruellest month” opens T.S Eliot’s “The Waste Land.” He wasn’t writing about the IRS, but the fourth month can be cruel financially. On the other hand, you may get a refund. So, you could be in the red or in the black. In any case, green is involved—possibly silver and gold as well.

Day 1 is for fools, but how to represent foolishness with hue finesse? What colors symbolize folly? 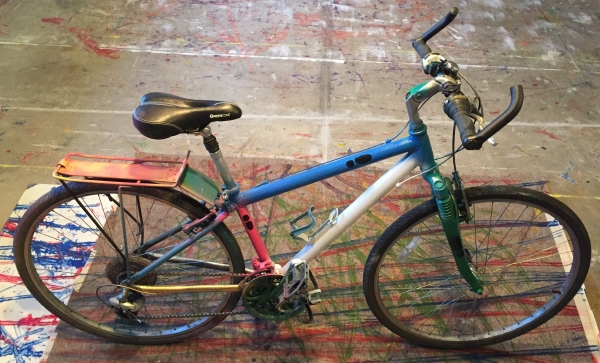 Speaking of primaries: what could be greater folly than the endless presidential campaign, whose biggest clown sports an orange fright wig and skin. Most of the clown claque has since been sent away.

The black-clad Supreme Court green-lit Citizens United, which brought unlimited green to the never-ending campaign process, legalizing the buying of elections. This fiasco and others are trampling on our tricolor symbol. . .represented by footprints of the fools who rush in where saner fear to tread.

Doing more with the natural spaces we have
By Sherry Listgarten | 3 comments | 1,763 views