Amazing progress at Heart for Africa in Swaziland

Uploaded: Aug 2, 2016
Having just returned from 20 days in South Africa and Swaziland, I am delighted to report the amazing progress in just four years on Project Canaan, Heart for Africa’s children’s home and working farm.
I served as board chair when our leadership first saw the 2,500 acres of high-veld (scrub oak brush land) in 2008. Within a few weeks, a donor had stepped forward with a pledge for the $1 million purchase price and in 2009 we closed on the purchase. When I served in 2010, there was only a farm manager’s building and 50 or so acres cleared. In 2012, when I served again there, the baby home had just opened and the agricultural operation had expanded.

Just four short years later, there are 125 children (infants through a few 5-year-olds) living there with a new baby arriving every eight days. Heart for Africa, five years ago, decided to only take children 12 months or younger—our home in one of the few in Swaziland to take infants. And, abandoned babies are a huge issue in the kingdom so the organization is filling a key niche. 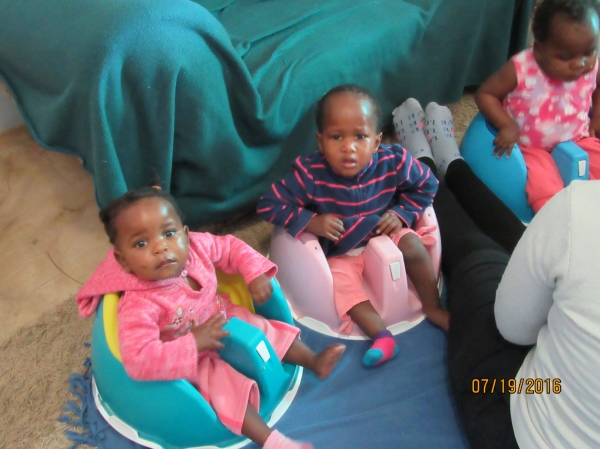 The new structures include a toddlers’ home, a pre-school, a kindergarten classroom, a first-grade classroom as well as homes for 80 children where they will live from four or five until they finish high school. There’s also a central multi-use room that serves as both the cafeteria and gathering place for older children. The plan, since the beginning, has been to add residential housing and classrooms as kids grow. 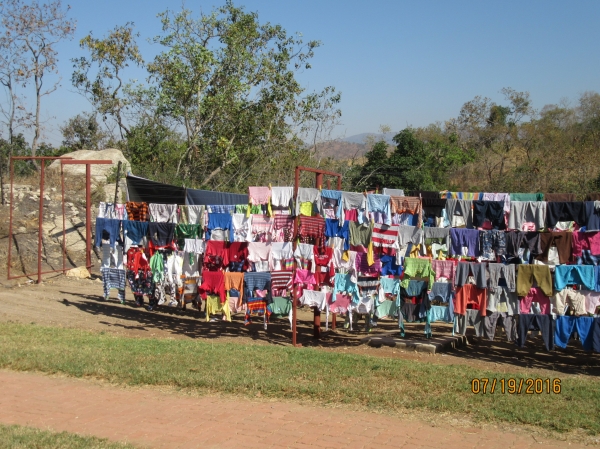 Heart for Africa is led by Ian and Janine Maxwell, Canadians, who moved to Project Canaan in 2012 after living in Atlanta from 2006-2012. Janine is the official court-appointed guardian of all of the kids on Project Canaan. Their commitment, as we witnessed, is to raise the children with their Swaziland heritage—that showed with traditional dancing during our visit. They welcome the help of the Swazis who work there and care for the children. 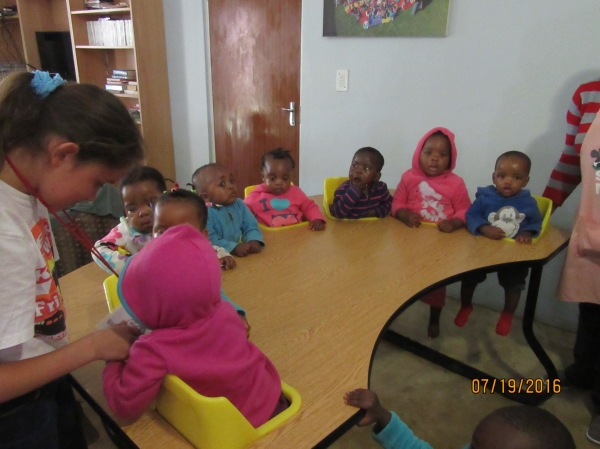 During our trip, Heart for Africa celebrated its 10th anniversary, both with the children living onsite and with the 31 rural church partners. What was really encouraging was the rural church we visited in a land that has been devastated by drought—no corn crop for many, many people this year. I did not see a malnourished child when we visited a five-year church partner. Heart for Africa delivers nutritious manna packs as well as boiled eggs every two weeks.

The boiled eggs are the newest edition to the nutrition and feeding program. Through a partnership with the International Egg Foundation, children onsite as well as in the rural churches are routinely eating boiled eggs. A Danish company built a “tiny”—by their standards—egg boiler that “only” does 720 at a time. 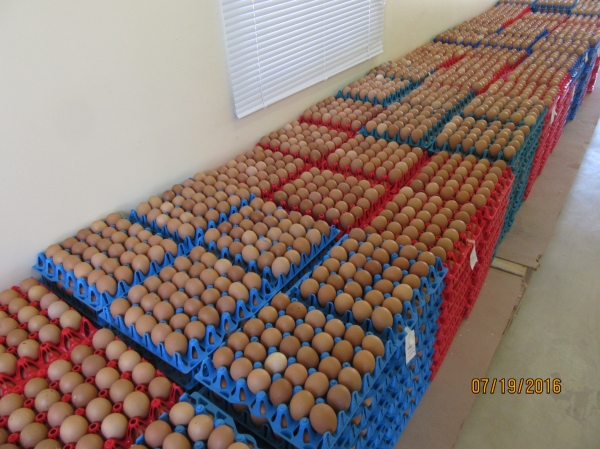 Sadly, the drought has forced the commercial farming side of the operation to be furloughed. There are three dams on Project Canaan and two are completely dry. Ian and others have developed a plan to run pipes more than 1,200 feet from springs at the top of the property to provide a secure water supply—funding is pending.

In addition, there is a diary that now provides all of the milk needed for the children as well as a surplus to sell to cover the costs of operation. It’s about half of the eventual size.

There has been, since the early years, a plan to use greenhouses to produce high-value produce year-round. That has taken a different and potentially excellent shift to aqua-culture—combining fish farming (tilapia) with growing vegetables vertically. It takes just 1 percent of the water off traditional field crops and produces 30-40 percent more vegetables.

The pilot project is set to start this month. If it works as hoped—a sustainable project with Swazis raising Swazi children with money generated in Swaziland is within reach.

When it is in full operation, Project Canaan employees more than 280 local people and operates a truck to bring workers to the site from their homesteads. The craft operation is booming. Four years ago, Heart for Africa piloted a beaded Christmas ornament and sold 1,200. This year, 32,000 already are sold with the goal of 40,000—all proceeds going to support the children’s home. Ian said he could employee another 100 workers on the crafts operation, which is already overflowing the building.

My takeaway—seeing it four years later and eight years from our first looks—WOW—God is on the move and something really special is happening there.

THANK YOU FOR SUCH A GOOD DEED! HOORAY!

Report Objectionable Content
+   3 people like this
Posted by DKHSK, a resident of Bridle Creek,
on Aug 2, 2016 at 9:03 pm
DKHSK is a registered user.

Report Objectionable Content
+   1 person likes this
Posted by rosalindr, a resident of San Ramon,
on Aug 9, 2016 at 1:25 am
rosalindr is a registered user.


It's so nice to read about a worthy project with such great success. Keep up the good work!