﻿ Eugene O’Neill in Danville, Past and Present | Art Space | John A. Barry And Bill Carmel | DanvilleSanRamon.com |

Eugene O’Neill in Danville, Past and Present

It’s surprising how few people in the area know that one of America’s greatest playwrights lived in Danville in the 1940s. At that time, the population of San Ramon Valley was about 2,000, according to one of the docents who lead tours of O’Neill’s residence, Tao House, located in Las Trampas (“the traps” in Spanish) Regional Park.

If you haven’t visited, a tour of Tao House is highly recommended. You have to make a reservation, which you can do here (unless you go on Saturday at 10, 12, or 2, when shuttles will be at the Museum—no reservations needed):

O’Neill and his wife Carlotta owned and occupied the house from 1937 to 1944, when a variety of circumstances forced them to sell and move. The house was purchased by the Carlson family, who lived there until they sold it after living there for several years

Horrifyingly, the house of a Nobel laureate—who also garnered four Pulitzers—was slated to be razed to make way for development of the property. That’s when several local women stepped in to form the Eugene O’Neill Foundation. They had to raise money to purchase the house, which had been named a National Landmark in 1971. Their strategy was to launch fundraising projects, including benefit performances of O’Neill’s play Hughie featuring Jason Robards (you can see Hughie next month at the Tao House site). Through their efforts, Tao House was declared a National Historic Landmark in 1971, a National Historic Site in 1976, and passed into the management of the National Park Service in 1980. Today, the National Park Service manages the property in conjunction with the Danville-based Eugene O’Neill Foundation.

For a detailed history of the Tao House and O’Neill’s time there: http://www.eugeneoneill.org/about-tao-house/


The O’Neill Foundation hosts numerous programs and events. One of those programs is the annual Eugene O’Neill Festival, which kicks off on September 31 with a production of Arthur Miller’s All My Sons, at the Village Theatre. The Festival continues with a concert of Irish music at the theatre on September 20, followed by a run of Hughie, from September 21 to 30 and presented on the Tao House property, in the Old Barn. 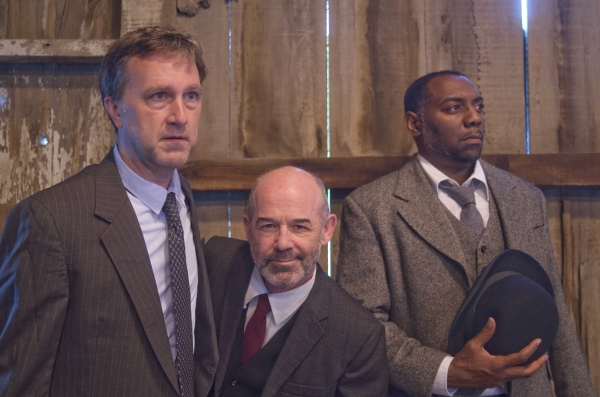 To find out about the Foundation and its programs, visit http://www.eugeneoneill.org.
Tickets for all Festival events: www.villagetheatreshows.com.

It's my first time to visit this site & I'm really surprised to see such impressive stuff out there.

Doing more with the natural spaces we have
By Sherry Listgarten | 9 comments | 3,037 views

The future of homework
By Monith Ilavarasan | 0 comments | 482 views