Uploaded: Feb 27, 2019
Dan Ashton was feeling a bit “birthdayed out” on Monday afternoon.

He’d officially celebrated his 95th birthday on Saturday in Pleasanton, but the celebrations had started a couple of weeks earlier with his family because that’s when some could gather. It will continue to this weekend when he will connect with his son.

His good friend and fellow builder, Howard Mendenhall, asked to take him out to breakfast on Friday—little did Dan realize that Howard had planned a surprise gathering at a favorite café. It was similar on Sunday at Lynnewood Methodist Church where they celebrated with a cake before Dan and other members reported on a mission trip they’d completed to Guatemala.

That mission trip marked a major change for Dan. It was his first one not focused on building something. He’s traveled on many trips for Habitat for Humanity or other groups to build homes or help with disaster recovery. He went to Louisiana five times after Hurricane Katrina to provide hands-on help. He’s often traveled with Howard and Diana Mendenhall, both nationally and internationally. He’s traveled to Costa Rica, Honduras, Hungary and Romania to serve, all on his own dime. 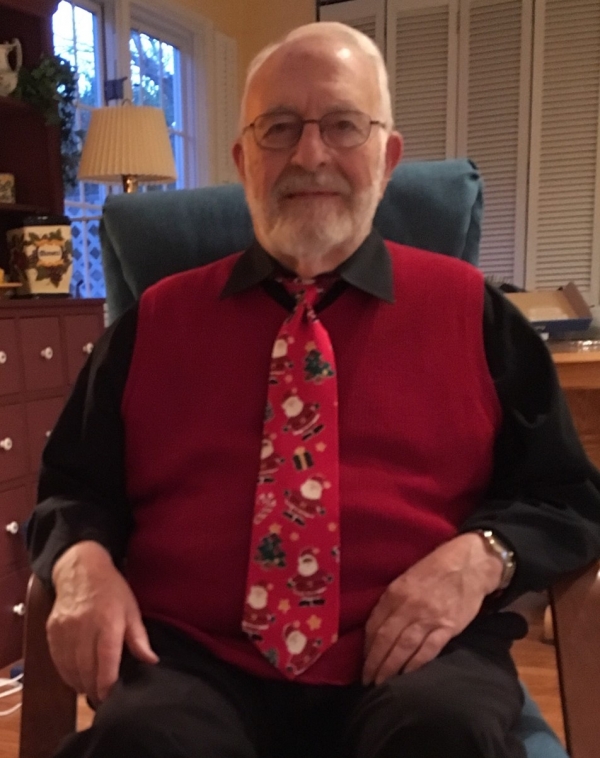 The Guatemala trip marked the shift for Dan. He explained that he gave up building trips at the age of 92 after recognizing his body no longer had the stamina for standing and working six to eight hours a day in construction. Wow—if I’m still around and doing half that well—Praise God. He also stepped back from an active membership in the Balloon Platoon because he no longer could handle the parade distances.

The current trip was the annual joint venture of three Tri-Valley Methodist churches—Lynnewood, Ashbury in Livermore and San Ramon Valley. They provided art and other activities in homes for severely disabled children and adults that are run by a Franciscan order. As his fellow teammates explained, Dan was a natural in the role as grandfather and they brought child after child to sit on his lap.

It was concluded in partnership with a local Rotary Club to distribute wheelchairs that the Blackhawk-based Wheelchair Foundation had shipped to Guatemala. The three churches raised $15,000 from members to cover the cost of the chairs.

Dan and I were members of the same church for many years and, when I realized his age, I have marveled at his vitality and energy. That showed up during building projects at the church. Dan’s love for woodworking and carpentry started when he was growing up on a farm in Oregon. He also built his first home the Northwest and enjoyed woodworking throughout his life.

As he said, there was always plenty to do on the farm and, back in the 1930s and 1940s, it was all hand tools. From there, he enrolled at Oregon State University and then enlisted in the Navy and went to Oklahoma where the accelerated program covered three years of material in two years. After graduation, he was off to Navy training in New York and was actually in Times Square on VJ Day that celebrated the end of World War II. He told me he may have witnessed that famous kiss between the sailor and the nurse.

After a year in the Navy, he returned to earn his master’s degree at Oregon State and then joined Crown Zellerbach in 1947 for a career that spanned 36 years until he retired in 1983. He and his late wife, Barbara, moved to Pleasanton in 1975 and lived there until 2013 when they moved into Stoneridge Creek.

I asked where he got the passion to serve and his credited his parents. He earned the rank of Eagle Scout and served in adult leadership for scout programs in several states where his career assignments took him in the paper industry.

When he moved to Stoneridge Creek the management showed a video about aging and had Dan and four others talk about aging. He shared that picking your parents well (50 to 60 percent of longevity is genes); leading a relatively healthy lifestyle and being socially active with people doing things are the key factors.

Incidentally, while visiting Lynnewood Sunday, I saw Elva and Phil Cooper, long-time Pleasanton residents and church members. Elva served for many years on the Chabot Las Positas College board. She mentioned that Phil turns 91 next month and made a similar mission trip last year.

Does Applying to More Highly Selective Schools Increase Your Chance of Getting Admitted?
By Elizabeth LaScala | 0 comments | 1,102 views