Stoneridge mall losing its luster for some

Uploaded: May 6, 2019
Stoneridge Shopping Center, a shopping mecca for generations of Livermore Valley residents, is losing its luster for some patrons.

I met with two ladies who are long-time Stoneridge shoppers, Rachel McElhinney of Pleasanton and Diane Ries Keller, formerly of Pleasanton now living in Livermore. They shared their experiences and concerns with the kiosk operated by Vine Vera, an Israeli company selling skin care products. It’s located near Macys where the mall is fairly narrow so shoppers are readily available to their sales people.

Typical complaints on the internet and from the two local ladies are the very aggressive sales tactics used by the staff that typically involve persuading a shopper to try free sample and then holding on (literally and figuratively) to the person and striving to upsell them with a variety of expensive products.

Rachel shared some internet sites that were full of complaints about the company. One real sticking point is a no refund policy. That coupled with high-pressure sales tactics rubs many consumers the wrong way. The company became such a problem in New Zealand malls that major operator Westfield kicked them out across the country.

She believes the sales people target older people and described them as aggressive as pan-handlers. Before reaching out to me, she had brought the matter to the mall management’s attention and received a $50 gift card. In one of her emails to mall management she wrote, “I attended a Women’s Bible Study meeting last week and mentioned my experience at Stoneridge Mall. Every one of the women had a similar story of being harassed. The next day I got my hair cut and again I brought up my experience at the mall. All of the women and men at the salon had been assaulted by these vendors who won’t take NO for an answer.
Warnings and fines have not curtailed the harassment at Stoneridge Mall.

“It has gone on for years. I think Simon Co. has a responsibility to remedy this situation quickly. It is a disservice to shoppers, and to other stores, as it drives people away from the mall. Every time I’ve been harassed I’ve cut my shopping short and returned home. It’s easier to shop online, and avoid being hassled by the vendors who are way out of line.”

When I reached out to mall management to discuss the issue, the Stoneridge public relations agency returned my call and asked that I refer Rachel to them so they could look into the matter. They had no further comment. She was taken aback at the request to contact management, something she had done by email and by phone several times this year.

Diane’s story, which she wrote in her book “A Wife’s Caregiver Saga: Facing Frontotemporal Dementia,” describes a 2012 incident with her late husband before he disease worsened. Kevin wanted to go Christmas shopping so they went to Stoneridge with plans to meet up after an hour. He didn’t show up. With the help of a friend, she found him at the cosmetics booth with several bags.

Upon returning home, she looked in the bags and was astonished to find many receipts totaling more than $7,000. When she went back to return the cosmetics the next day, she was told “no refunds.” The saleswoman, as Diane wrote, screamed at her. Diane then had her second episode of Temporary Global Amnesia and had to be hospitalized. After she was released, with the help of the mall manager, she received a refund for all the items other than the $175 shaving cream because their dog chewed the box. The hospital bill was as much as the refund.

What would concern me, if I were the mall management, was Rachel’s comment that the buzz in several of her women’s groups they were “all going to Walnut Creek” now that Broadway Plaza has completed its renovations.

Driving about an hour round-trip to avoid the local mall is sending a powerful message to the management as is Rachel’s comment about online shopping.


I completely agree with these ladies. I am strategic if I absolutely have to go to the mall. I make sure I enter the door closest to my destination and hurry there avoidy eye contact and walking swiftly. If I can get it online I do, if I can't I go to Valley Fair, Broadway Plaza or Stanford.


There are many problems at Stoneridge Mall such as rising crime and lackluster stores. Tim wrote about another factor that has led to it's decline. There are several points worthy of concern to Pleasanton citizens.
Women and the elderly are being harassed at the mall. No one should be subjected to aggressive behavior. Ever.
The workers at the Vine Vera kiosk are the only vendors badgering customers, and they won't take no for an answer. Ignoring them doesn't deter them.
Since January I've contacted the mall by phone, email, and complained at the customer service desk as well as the Management office. All of my contacts have readily agreed that Vine Vera Is a problematic vendor because of its pushy, intrusive sales people. Management has received complaints, spoken with, and fined Vine Vera many times for crossing the line in their interactions with mall patrons.
The harassment continued so I decided to call Vine Vera Corp. to complain. Looking online for contact info was an eye opener. Vine Vera employees are pestering people throughout the U.S. and beyond. This company, along with others using of dozens of business names are part of a large network of scammers. Using a common distributor, who denies knowledge of scamming, these companies are difficult to prosecute because they are fly by night. They pack up and move elsewhere.
There are many, many reports online detailing their unscrupulous business practices. Here are some phrases I used in a google search: Vine Vera Scams; Cosmetic Kiosk Scam; and https:vine-Vera.pissedconsumer.com
In March I sent an email to the mall detailing continuing harassment and stated that this vendor was running a scam. I've had no reply. Information on Vine Vera is easy to find. How does the Mall vet their vendors? I believe the Mall has a responsibility to its patrons to assure that its vendors are above board.
Btw, Diane's husband was in the early stages of dementia. He was competent enough to shop on his own. But he was no match for the hard sell scam. Honestly who would imagine that anyone would be scammed out of $7,000 in broad daylight at the mall? The mall was always a family friendly place with vendors trustworthy vendors.
The network of scammers often operates out of high traffic areas where tourists gather. I've encountered them in La Jolla, and perhaps you've seen them in Las Vegas. As with our mall, women and the elderly are targeted. In Key West these scammers aimed their con at cruise passengers and elderly tourists. After a woman with mental issues was charged $40k for non-refundable products, citizens formed a committee and began picketing unscrupulous businesses.
I hope this info will raise appropriate concern in our community as well. Diane and I aren't two crazy ladies with an axe to grind. We believe no one should ever be harrassed or taken advantage of in Pleasanton. The mall continued to drag their feet in dealing with these problems. We felt it was important to share information with the community.
Pleasanton is growing and considering a major expansion and new role for the Mall, Stoneridge Mall hasn't been able to manage ongoing problems at one dinky kiosk, how will they manage a Mall that is much, much bigger is anyone's guess


Downloading ACMarket apk is not a difficult target. Following the same easy routine pattern can lead you to have this application on your android device.
Web Link


Nice and Genuine Blog, Thanks for us.
Web Link

Report Objectionable Content
Sorry, but further commenting on this topic has been closed.

Thankfully the adult in the room takes action
By Tim Hunt | 39 comments | 1,937 views

Union. Unity. E Pluribus Unum (Out of Many, One)
By Chandrama Anderson | 0 comments | 751 views 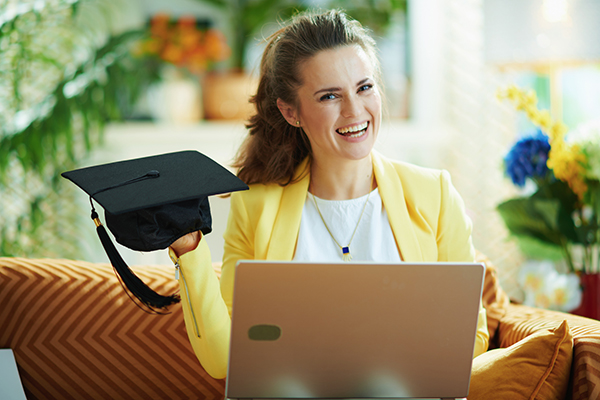