﻿ Tissot Goes to the Movies and the Library | Art Space | John A. Barry And Bill Carmel | DanvilleSanRamon.com |

Tissot Goes to the Movies and the Library

Uploaded: Dec 1, 2019
The exhibition James Tissot: Fashion and Faith is at the Palace of the Legion of Honor until February 9, 2020


By John A. Barry

Thomas Campbell, director of the Fine Art Museums of San Francisco, said of painter James Tissot: “He was a cinematographer before cinema.” Tissot presaged cinematic action. In Two Priests Are Destroyed (dated 1896–1902), for example, the dying men of the cloth appear as if in freeze frame as they fall backward to the ground. Despite their being frozen on the canvas, the painting viscerally conveys their downward/backward movement. 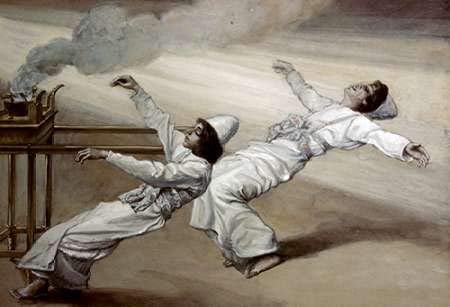 Alexander Morrison, of Sotheby’s, writes: “If you’ve seen Indiana Jones and the Raiders of the Lost Ark (1981), you have already seen a painting by Tissot, because the Ark that Indiana Jones discovers is a quotation of an illustration in Tissot’s Old Testament series.” [The Ark Passes Over Jordan. 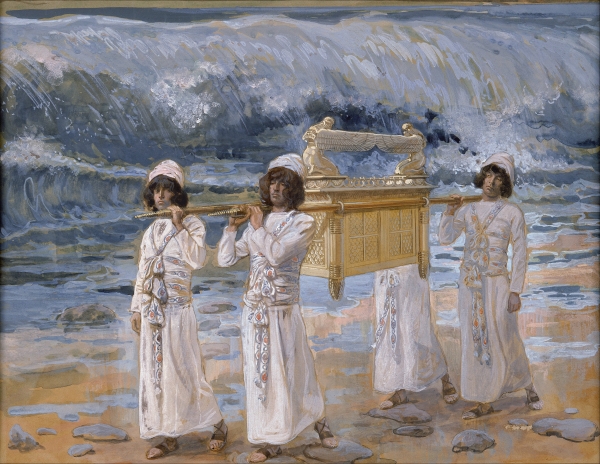 “Wildly popular during Tissot’s lifetime, these religious images [hundred of watercolors illustrating biblical scenes became known as theTissot Bible and have since influenced filmmakers from D. W. Griffith (Intolerance, 1916) to William Wyler (Ben-Hur, 1959)” as well as Spielberg and Lucas.— From the Legion of Honor description of the exhibit

“In the early 1800s,” notes Entertainment Ministry’s website, “a German nun named Anne Catherine Emmerich experienced visions of the life of Christ. Her version of the Passion of Jesus became the world’s best-known account outside of the Gospels.

“Then, influenced by Emmerich, the French painter James Tissot created 350 paintings of Christ for one book. The Tissot Bible became an international best-seller, giving multitudes of people defining images of the life of Jesus.

“Finally, at the dawn of cinema, Christian filmmakers found the scenes they needed to bring Scripture to life in Tissot’s Bible—which featured the Jesus described above. These early Gospel films forged a new way for billions to connect with Christ.”

Cecil B. DeMille, master of biblical epics, which were hugely popular in the 1950s, was also a Tissot fan.

In the early twentieth century, “it was a Bible illustrated with watercolors by Tissot that set Louise Guy Blaché on the road to making her masterpiece, La Passion ou la Vie de Notre Seigneur Jésus Christ (The Passion or the Life of Our Lord Jesus Christ) [1906.”—aliceguyblache.com

Blaché was one of the first filmmakers to create a narrative fiction film, according to her Wikipedia entry.

Tissot’s The Annunciation served as the model for a scene in Sidney Olcott’s 1912 film From the Manger to the Cross (here, if you want to watch it: https://www.youtube.com/watch?v=w-y-81BMLA4). Olcott also shot a silent version of Ben Hur in 1907, preceding the more famous 1925 silent edition starring Ramon Navarro as Hur. 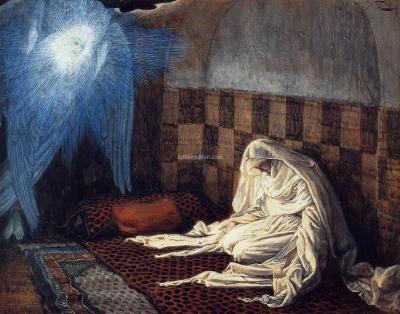 In Le Cercle de la Rue Royal (The Royal Street Circle), Tissot captured an image of the man who served as the model for Swann in Marcel Proust’s magnum opus, Remembrance of Things Past. Charles Haas came from a wealthy French banking family. He stands to the right of a group of wealthy Frenchmen who paid a thousand francs each to be in the painting. Proust and the artist met in 1894 at a party. 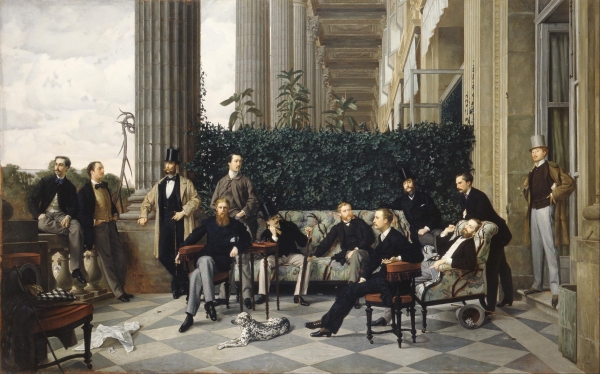 It is possible, contends Claire Hughes in Henry James and the Art of Dress, that “Tissot’s images of lemon and white dresses from the 1870s may have provided the inspiration for Daisy Miller’s appearance, but they are fairly restrained when compared to the riot of colour and trimmings in his other works.” And the website wordpress suggests that director Jane Campion turned to Tissot for inspiration for some of the costumes in her film adaptation of James’ Portrait of a Lady.

This is fascinating and confirms my intention to attend the Tissot exhibit.

Report Objectionable Content
Posted by Cholo, a resident of another community,
on Dec 7, 2019 at 3:45 pm


The issue of Appropriation may be of interest to you and your art followers:

Doing more with the natural spaces we have
By Sherry Listgarten | 8 comments | 3,485 views