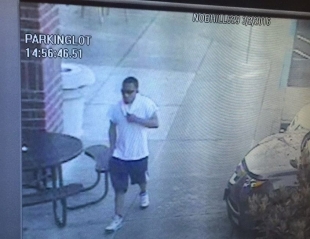 It looks like he came from the gym next door. Probably needed cash for the Uber driver that picked him up.

No, I think that he needed funds to travel to a Clinton rally.

James: you're so right. He Wasn't one of the uneducated people like yourself who supports the Donald.

Sara how did you make it across the Rio Grande to become an Alamo limousine liberal?

You Can Help: Scents and Migraines
By Chandrama Anderson | 0 comments | 1,497 views