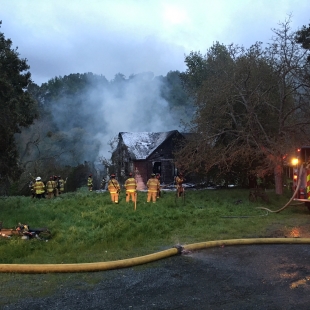 Firefighters work to knock down flames at an unoccupied home on Bollinger Canyon Road just outside the San Ramon city limits on Monday evening. (Photo courtesy of Chris Goodman)

Editor's note: Information from the Bay City News Service was used in this report.

Were these homes actually abandoned or just temporarily unoccupied? Wasn't aware there were many "abandoned" houses in the area.

You Can Help: Scents and Migraines
By Chandrama Anderson | 0 comments | 1,704 views