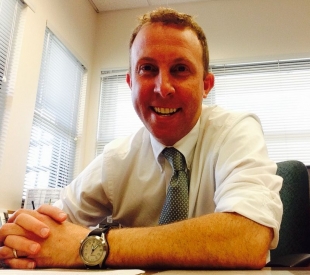 Joe Romagna has been named the new principal of John Baldwin Elementary School in Danville. (Photo courtesy of Romagna)

You Can Help: Scents and Migraines
By Chandrama Anderson | 0 comments | 704 views