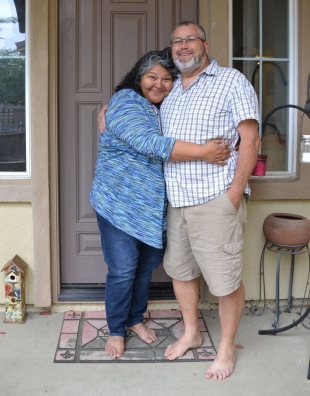 Liz and Richard Messenger embrace outside their home. The couple, parents to five children, decided to become foster parents through Agape Villages when their biological children grew up and began moving out. (Photo by Meredith Bauer.)

You Can Help: Scents and Migraines
By Chandrama Anderson | 0 comments | 1,395 views