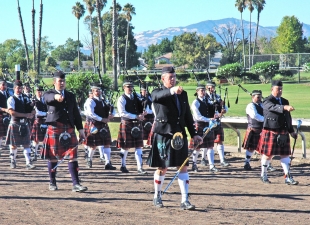 Pipe bands will be plentiful in Pleasanton this weekend with the return of the annual Scottish Highland Gathering and Games. This is the 151st year of the event, which will bring Scottish music, athletics, food and more to the Alameda County Fairgrounds on Saturday and Sunday. (Photo courtesy of the Caledonian Club of San Francisco)

You Can Help: Scents and Migraines
By Chandrama Anderson | 0 comments | 1,404 views