Procession starts at 1 p.m. in Pleasanton; post-parade program follows at 2:15 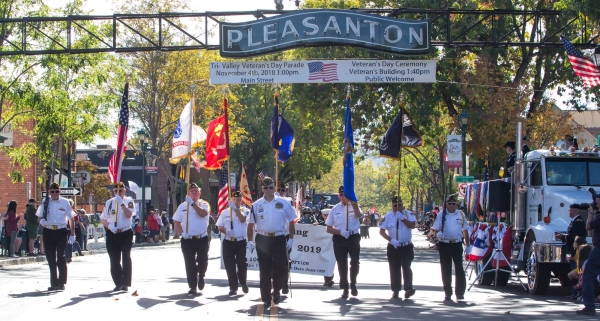 Local veterans march down Main Street during the 2018 Tri-Valley Veterans Day Parade. This year’s event will take place on Sunday afternoon and is expected to draw thousands of residents downtown. (Photo by Mike Sedlak) 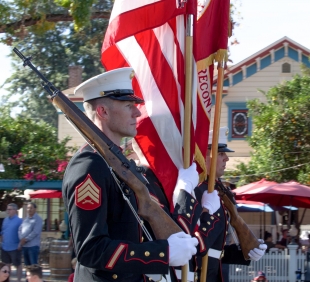