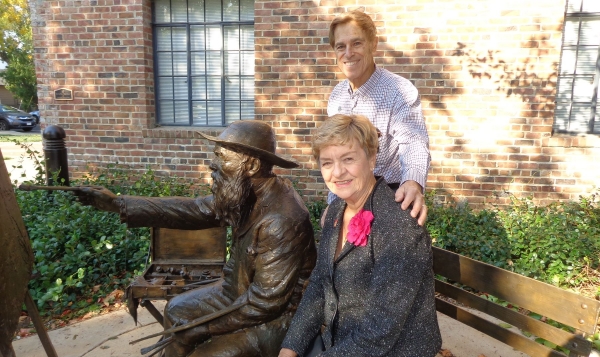 Gary and Nancy Harrington pose with "Monet" statue outside the Firehouse Arts Center, one of the many public art pieces the Pleasanton couple have helped bring to their hometown. (Photo by Jeb Bing) 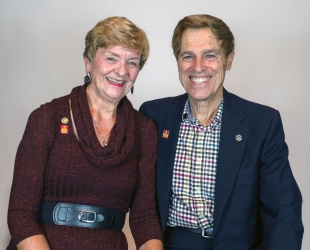