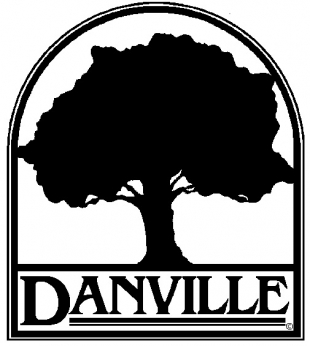 The traffic on Diablo is already congested! We will see longer wait times at lights and more angry drivers.

The developers, who have paid for all the fancy signs, will make their money and not have to suffer the consequences of more crowding and pollution.

Vote NO to Magee Preserve

This is a housing development!!!! A vote of yes will reduce the open space. The developer has cut down a forest to send me all the slick brochures.

Report Objectionable Content
Email Town Square Moderator
2 people like this
Posted by Long Term Resident
a resident of Danville
on Nov 19, 2019 at 8:05 am

I'm still on the fence. I agree traffic and safety on Diablo Road is an issue and 59 houses in this development will make it directionally worse. However, I have not seen anything from those opposing the development on their end-game. If successful in blocking this development, it will not solve the existing problem. Are they suggesting to hold any development hostage until Diablo Road is widened? There seems to be a lot of emotion and name calling, but the critical issue appears to be traffic on Diablo Road.

Report Objectionable Content
Email Town Square Moderator
11 people like this
Posted by Long-Term Resident 2
a resident of Danville
on Nov 20, 2019 at 9:26 am

Diablo Road will never be widened - the cost is too astronomical. I’ve been on the fence about this developments but ultimately I’ve decided on NO. I kept and open mind, I attended the open house event and admittedly got caught up in the “big shiny toy” of new trails and open space being waved in front of me. Shortly after, reality sank back in - I don’t want 69 McMansions crammed on 1/3 acre lots. I don’t want 800 plus extra vehicle trips per day on a narrow road that is already congested during peak hours. I don’t want more overcrowded schools for my children. I worry about the risk of fire evacuation. I want the beautiful views, open hillsides and clean air kept for generations to come. I don’t want more wildlife being driven out with more housing developments. I want property values to stay high for all my neighbors. NO ON MAGEE PRESERVE.

Report Objectionable Content
Email Town Square Moderator
2 people like this
Posted by Krista
a resident of Danville
on Nov 25, 2019 at 12:53 pm

Thank goodness NIMBY Diablo residents cannot vote in this election. This is a beautiful project for The Town of Danville. Diablo- it sure looks like you enjoy your pearly gates and want to lock everyone else out of the area.

Report Objectionable Content
Email Town Square Moderator
3 people like this
Posted by IN DANGER
a resident of Danville
on Nov 26, 2019 at 1:51 pm

Hi, Town of Danville Voters. Please read the article below that appeared on Nextdoor yesterday. Then VOTE NO on March 3rd to the rezoning of Magee Preserve to allow 69+ houses to be built.

"How many people can evacuate in a wildfire emergency when the only escape route is a two-lane substandard width, winding road with blind curves, no shoulders, trees, poles, walls, and a deep creek perilously close to the road edge?

The answer to that question demonstrates why public safety considerations alone require that Town voters VOTE “NO” in the March 3rd election. Vote “NO” to the rezoning needed for the phony Magee “Preserve” 69+ home residential development on Open Space land.

In the aftermath of the tragedy in Paradise last year during the Camp Fire, USA Today-California Network staff undertook an analysis of roads in Paradise and why people couldn’t escape. The bottom line is that there were too many people on too narrow roadways.Here’s a link to the analysis:

Paradise had more than 1,000people per lane trying to escape.  The eastern Diablo Road/western Blackhawk Road corridor has 1526 people needing to escape per lane(based on Town Attorney’s average of 2.71 residents per Danville household;  and 1126 existing homes from the Diablo Road/Green Valley/McCauley Road intersection east about 3 miles to the Blackhawk Tennis Villas just below the soccer field).

The 1526 doesn’t even count the 135 permanent residents at Athenian School and the additional 470 students that are there every school day.

And that’s in an area designated by the Town of Danville 2030 General Plan (Figure 22) as having wildfire hazards that are an “Extreme Threat to Development”.

Based on Danville averages, the phony Magee “Preserve” project will add about 185 residents, plus those that live in the attached second residential units (7 required, 50 possible), to this potential disaster. Given the large size of the luxury homes (about 3200 to4500 sq. feet), there may be far more than 185 residents living in the homes.

So that’s perhaps 200 more residents trapped in a wildfire, or preventing others from escaping.

It’s no wonder that two fire chiefs that live in the corridor urge you to VOTE “NO” on the rezoning to allow 69+ more homes to be added to this potential disaster.

Please, protect your family and your neighbors from the overreach of special interests and a complicit Town Council.  On March 3rd, vote your conscience---VOTE “NO”. "