DeSaulnier's sons give update on his health status, thank community for support

'The doctors are hopeful that he remains stable, but he has much improvement to go' 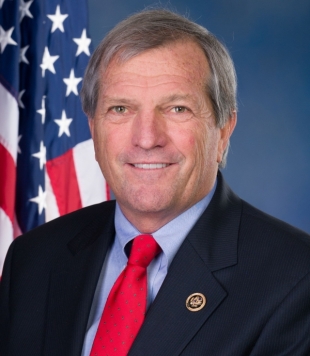 U.S. Rep. Mark DeSaulnier's sons released a statement on Tuesday afternoon providing a new update on the Tri-Valley congressman's health status amid a difficult battle with pneumonia -- and also thanking the community for "the outpouring of support."

DeSaulnier, 67, remains in critical condition in the intensive care unit of a Washington, D.C., area hospital, and "the doctors are hopeful that he remains stable, but he has much improvement to go," Tristan and Tucker DeSaulnier said.

The third-term Democrat from Concord, whose 11th Congressional District includes Danville and Alamo, has been hospitalized since March 13 to treat complications of pneumonia brought on by a traumatic rib fracture after he fell during a run, according to chief of staff Betsy Arnold Marr.

“We’ve been amazed and moved by the outpouring of support, prayers and love from everyone who cares so deeply about our dad," Tristan and Tucker DeSaulnier said on Tuesday. " We can’t thank you all enough. It’s a testament to him that even at this difficult moment, so many people have taken the time and effort to reach out on his behalf."

"He has devoted his time, energy and his life to the citizens of California, and we hope that you will all continue to lend him your support while giving him the quiet he needs as he continues fighting the good fight,” they added.

DeSaulnier, who is also a cancer survivor, was originally admitted in serious but stable condition on March 13. But his health status deteriorated and he was transferred to the ICU in critical condition, Arnold Marr announced on Saturday (March 21).

His congressional office previously confirmed he had tested negative for the novel coronavirus on March 16.

DeSaulnier, who is seeking re-election this year and was the top vote-getter in the March 3 primary election, has nearly 30 years of public service experience in Contra Costa County, starting in the Concord City Council before moving to the county's Board of Supervisors and later the California State Assembly. He was in his sixth year as a state senator when District 11 voters elected him as their new congressperson in November 2014.

During his first term in Washington, D.C., DeSaulnier announced in May 2016 that he had undergone successful treatment during the previous year for chronic lymphocytic leukemia.

Please show your support to a great man. Congressman de Saulinier is fighting for his life and your prayers are needed.

My prayers are with him. Hope he can recover soon.

Praying for you Congressman de Saulnier, wishing you a prompt recovery!

Prayers to the family.

Repairing a Disagreement with your Beloved & “Physical” vs. “Social” Distancing
By Chandrama Anderson | 0 comments | 1,565 views