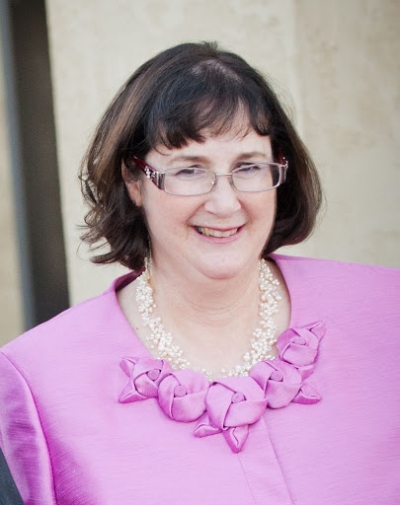 Adrienne was born in Willows, California, to Howard and Wilma (Wells) Detling. She passed away on December 17, 2012, at Eden Medical Center, Castro Valley, with her husband, Mike, and their children Kevin, Megan, and Amy at her side.

After graduating from Enterprise High School in Redding, California, in 1972, Adrienne attended the University of California at Berkeley, where she met and married Michael Lloyd Riley on September 7, 1974. Adrienne earned a BS degree in Nursing and a BA degree in Human Development from California State University, Hayward.

Adrienne began her career as a Registered Nurse in 1981 with Kaiser Hospital Oakland; and since 1995 has been associated with the Maternal Child Department at Valley Care Medical Center in Pleasanton. Adrienne enjoyed reading, sewing, traveling, shopping, San Jose Sharks hockey, Cal football, and playing Bunko. Adrienne's passion in life was her family; especially her love for her three children, and her granddaughter, Madison.

Adrienne is survived by her loving husband, Mike; devoted children- son Kevin, his wife Stacey Powell Riley, and their daughter Madison of Brentwood; daughter Megan and husband Patrick Bowen of Concord; and daughter Amy of San Ramon. She is also survived by her brother Doug Detling of Medford, Oregon; her brother, Martin Detling of Eureka, California; her brother, Wade Detling of Deer Park, Washington; and her sister, Valerie Liggatt of Redding, California. Her caring and loving spirit will be missed by all who knew her.

A Celebration of Adrienne's Life will be held January 13 at 2:00 p.m. at Valley Community Church, 4455 Del Valle Parkway, Pleasanton.

In honor of Adrienne, contributions can be made to the ValleyCare Charitable Foundation at www.valleycare.com.

Photo Gallery
0 photos Upload a photo
Remembrances
10 entries Submit a remembrance
From Jeff Stoermer
Jan. 15, 2013
Mike, Jan and I are so very sorry to learn of your loss. I know how much you and Adrienne meant to each other. Jeff & Jan
Video
Upload a video