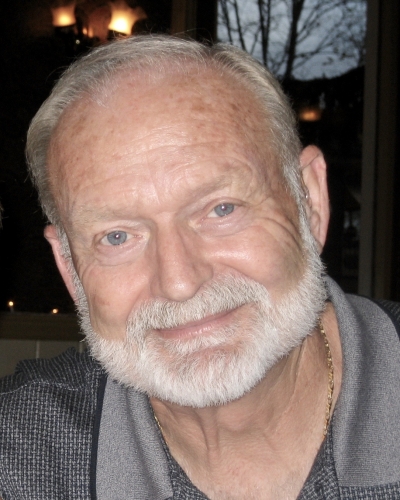 Al Schorno, 77, a 40 year resident of the Bay Area, died April 15, 2017 at his home in Pleasanton. Al grew up in Roy, WA on his father&#039;s dairy farm. If you talked to Al for any time at all you will know he had fond memories of the dairy farm and his life there. After attending St. Martin&#039;s College, Al worked for various companies in southern California and realized that he wanted to be an entrepreneur. After serving in the US Army, he made the Bay Area his home where he ran his own trucking business, Quality Transport, Inc and Truck Rail Handing, Inc. in Fremont, CA. Al loved traveling, Harley Davidsons and cars. He liked fast cars and old cars! He also enjoyed long walks on the beach-he could walk for hours. He is survived by his 6 grandchildren (Schane Schorno, Trevor Konopka, Nicole Castillo, Samantha Castillo, Alexandra Della Santina and Catherine Della Santina) and one great-grandchild (Schelby Schorno) as well his children, daughter (Dayna Fuller) and pre-deceased by his son (Damon Schorno) and lastly his significant other of 20 years, Sondra Simpson.

Photo Gallery
0 photos Upload a photo
Remembrances
0 entries Submit a remembrance
Memorial service
A memorial service will be held Saturday, April 22, 2017 at 11:00 a.m. at Graham-Hitch funeral home at 4167 First Street in Pleasanton CA
Make a donation
The family would appreciate donations be made to the multiple myeloma research foundation at www.themmrf.org in his honor.
About this site     Contact us