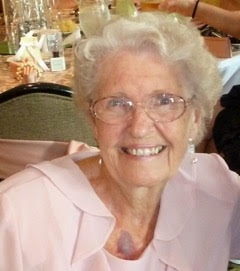 Anne was born in Spring Glenn, Utah to Antone and Mitzie Smolic. She was happily married to Robert Turner for 70 years.They began their married life in Oakland, CA and spent about 15 of their child rearing years in San Lorenzo before moving to Pleasanton where they lived approximately the last half century. Anne was loved and is survived by four of her children; Mitzie Gadd, Robynn Turner, Robert Turner and James Turner and their families. She and Bob were blessed with 13 grandchildren and 15 great grandchildren. She was preceded in death by her beloved husband Bob and her daughter Vicki Rosas.There will be a Memorial Service at Graham-Hitch Mortuary on Sunday, July 30, 2017 at 1:30pm. A reception will follow.