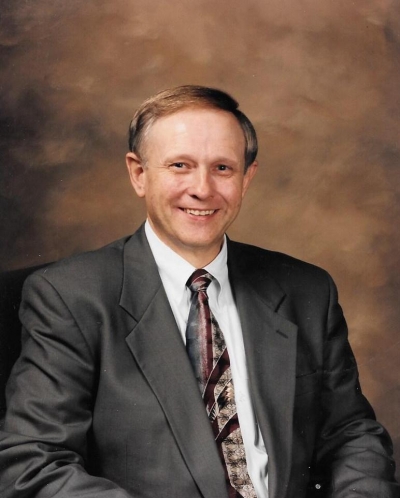 Arthur Truman Morley, Jr. 1946-2016 Arthur Truman Morley, Jr., 69, passed away on May 26, 2016. He was a loving husband, father, grandfather, and servant of the Lord. Arthur leaves behind his wife of 47 years, Jeanie (Fitzgerald) Morley; his six children: Marc Morley (Ann), Jeremy Morley (Kristina), Tyler Morley (Michelle), Amy Bybee (Bryce), MaryAnn Hyte (David), and Kim Morley; and his 15 grandchildren. He is also survived by his sisters: Nancy Sharp, Judith Judd, and Susan Rasmussen, He was preceded in death by his father, Arthur Truman Morley, Sr.; his mother, Helen Sexton Morley; and his sister, Carole Ash. He was born in Ely, Nevada, on September 17, 1946. Most of his childhood was spent in Bountiful, Utah, where he excelled in sports as a youth. He served a full-time LDS mission in the Northern States Mission. Upon return from his mission, he met Jeanie Fitzgerald on the steps of the Cultural Arts Building at Weber State University. The two were married and sealed in the Salt Lake Temple on June 9, 1969. After serving as a reservist in the United States Army, Art took a job in Seattle, Washington, with the Life Savers Company, which was later acquired by Nabisco and Kraft. He spent his entire career with those companies, spoiling everyone along the way with Lifesavers, Bubble Yum, Planters Peanuts, and tickets to sporting events of all kinds, earning the beloved nickname â€œLollipoppa.â€ He spent five years in Seattle before being transferred to Pleasanton, California, where he spent 30 years raising his family. Arthur loved Pleasanton and devoted a lot of his time to volunteering in the church, schools, and community. He was a big supporter of the Amador Valley High School booster program through the 21 years his six children attended the school. He was committed to serving the Lord Jesus Christ and magnified every opportunity to serve. He served in the LDS Church as seminary teacher, young men president, elders quorum president, stake Sunday school president, counselor in the bishopric, bishop, counselor in the stake presidency and stake president. Arthur and Jeanie moved to Kaysville, Utah, in 2008. They recently completed an 18-month mission in August of 2015. Art loved all things related to sports, especially watching his kids and grandkids play. He was a coach and teacher to all and uplifted everyone around him. He touched many lives through his service and love for others. He was a great man, loved by all. He put God and family first throughout his life.

Photo Gallery
0 photos Upload a photo
Remembrances
0 entries Submit a remembrance
Memorial service
A viewing will be held on Friday, June 3, 2016, from 6 to 8 p.m. at the Lindquist Layton Mortuary, 1867 North Fairfield Road. Funeral services will be held on Saturday, June 4, 2016, at 11 a.m. at the Kaysville Stake Center, 615 N. Flint Street, Kaysville, Utah. The funeral services will be preceded by a viewing from 9:30 to 10:30 am at the same location as the funeral. Interment will be at the Kaysville City Cemetery.
Make a donation
In lieu of flowers, please donate to the LDS Missionary Fund.
About this site     Contact us