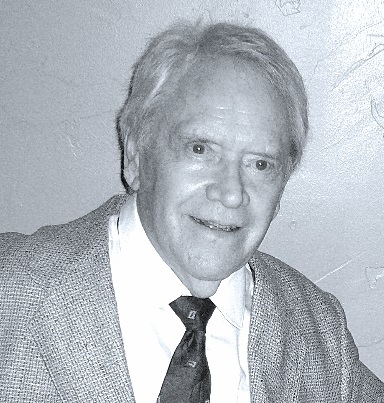 Barry W. Shoemaker, M.D. passed away peacefully surrounded by his loving family on November 26, 2018 at 87 years old. He was born in Toronto, Ontario, Canada.

Dr. Shoemaker, an anesthesiologist, practiced medicine for 43 years. He was a member of the Royal Canadian Air Force Reserve and was educated at University of Toronto Schools and University of Toronto Medical School, where he graduated in 1956. He spent one year in Vancouver, BC at Vancouver Children’s Hospital for his pediatric residency and subsequently moved back to Ontario for General Practice at Niagara Falls General Hospital. During this time, he also attended Veterans Hospital in Buffalo, New York for his anesthesiology residency. Growing weary of the severe winters in Ontario and New York, he wrote his American Medical Board exams and moved the family to northern California in 1962 where he practiced at Eden Hospital in Castro Valley, Doctors Hospital in San Leandro and the East Bay Medical Surgical Center in Castro Valley until his retirement in 1997. He was a highly regarded anesthesiologist in the East Bay community and his greatest focus was patient comfort.

Barry was an avid music enthusiast, enjoying everything from classical to rock, and even played music during surgeries to ease the atmosphere. He loved spending time with his family at record stores, from San Francisco and Berkeley to New York, and leaves behind a vast collection of albums for his family to continue to enjoy.

In addition to music, he was a passionate photographer with a collection of cameras he used to photograph family events and adventures around the world. He and his wife Peggy enjoyed traveling the globe, exploring international landmarks with their beloved friends and family. Barry relished big or small family gatherings, always opening with a gracious toast and could be found at the end of the evening surrounded by his grandchildren, entertaining them with his witty humor and telling stories from the past.

He is also survived by sisters Claire Gordon (Christopher) of St. Andrews, New Brunswick and Lynn Shoemaker Hall of Toronto and was predeceased by his brother Michael Shoemaker (Brenda), and his parents Helen and Wilfrid Shoemaker.

The Shoemaker family extends their sincere gratitude for the caring doctors, amazing nurses and attentive staff at Stanford Health Valley Care in Pleasanton and Karen and Nader of Brookdale Home Health. In lieu of flowers the family suggests a donation in his honor to his favorite charities, St. Jude Children’s Hospital, Shriners Hospitals for Children, and the Salvation Army. A Celebration of Life is planned for December 28th at 1:00 pm at Graham-Hitch Mortuary in Pleasanton.