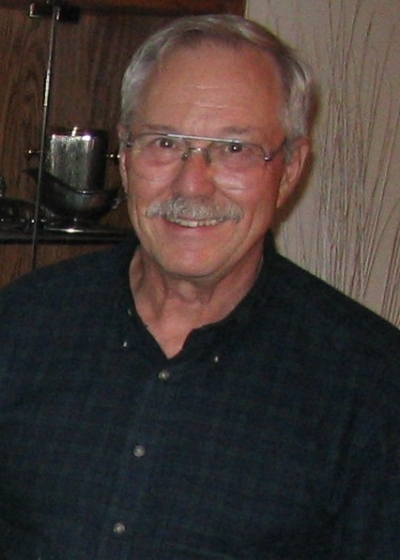 Carroll Dale Steele was born in Alden, Minnesota, the son of Melvin and Irma (Schmidt) Steele. He grew up in Alden on a farm and graduated from Alden High School.

He lived in Albert Lea, MN and Minneapolis, MN until he was 36 when he moved to California with his family.

Among some of the places he worked are: Streater in Albert Lea, MN; Control Data in Minneapolis, MN, Mosinee Paper Mills in Wausau, WI; Measurex in Cupertino, CA; BTI in Sunnyvale, CA.

On Sept. 7, 1991, Carroll was united in marriage to Jo Hesterly at Immanuel Lutheran Church in San Jose. They lived in San Jose until 2000, when they retired and bought a small ranch in Acampo. It is here where Carroll started collecting vintage John Deere tractors and built a barn to house all of them. Carroll loved playing softball, as he was on as many as 3 teams at any one time. His greatest passion was being surrounded by his family.

He was preceded in death by his father Melvin Steele and his brother Dennis Steele.

Memorial service
Friends and family are invited to a visitation on Saturday, Dec. 15, 2012 from 11 a.m. to 12 p.m. and a funeral service at 12:30 p.m. at the Graham-Hitch Mortuary, 4167 First Street in Pleasanton. Burial will follow at the Pleasanton Pioneer Cemetery.
About this site     Contact us