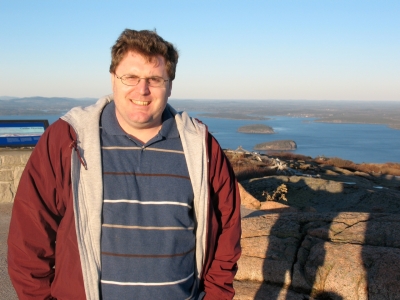 Born in Castro Valley, California, Chris grew up in Pleasanton, graduating as Co-Valedictorian of Amador Valley High School in 1991. He graduated with honors in English from Stanford University and also studied at Magdalen College at Oxford University. Chris earned M.A. and Ph.D. degrees in English Literature at Indiana University, as well as a Masters in Education from the Harvard University School of Education.

Following postdoctoral fellowships at Stanford University, the University of Illinois-Chicago, and the University of Alabama, Chris spent the past five years as Assistant Professor and Chairman of the English Department at Judson College in Marion. He also served as Division Head for the Humanities, overseeing multiple departments. A much-beloved professor and colleague, Chris received both college-wide teaching awards, one from the faculty and administration in 2014 and one from the graduating students of the class of 2015.

Chris was a member and elected deacon of Siloam Baptist Church in Marion. He loved planning and taking domestic road trips and international travel vacations, cooking and baking for his family and friends, reading mystery fiction, and going to the movies. He will be remembered as a kindhearted and loving son, brother, and friend, a brilliant scholar and teacher, and a fun-loving, quick-witted man.

Photo Gallery
0 photos Upload a photo
Remembrances
1 entry Submit a remembrance
From Tahlia Hilliard
May 3, 2018
As we know different people have different religion. According to professional paper writers people like to spend their lives with their religion. They...
Read more
Video
Upload a video

Memorial service
Christian funeral and burial services were held Aug. 21 at the Chapel of the Chimes Memorial Park and Funeral Home in Hayward, California.
Make a donation
Charitable donations may be made in his memory to the Leukemia and Lymphoma Society or to Judson College, Attn: Development Office, 302 Bibb Street, Marion, AL 36756 (designate The Dr. Chris Hokanson Memorial Fund).
About this site     Contact us