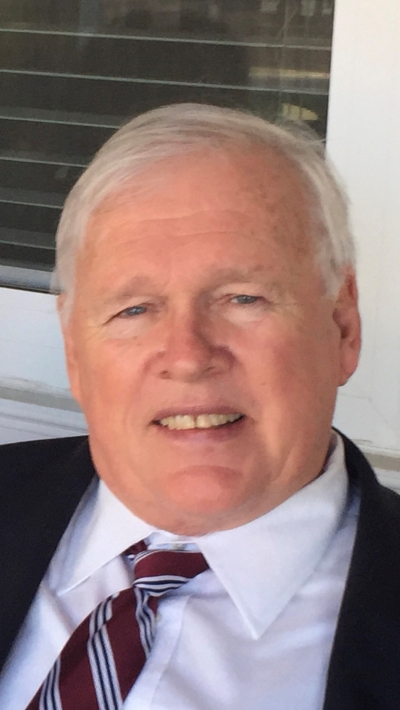 Clark Theodore Gunson, 76, resident of St. George, Utah since 2016, formerly a resident of Pleasanton, California for 47 years, passed away on October 31, 2017, at Autumn Park Assisted Living Home in Washington, Utah. Clark was born on March 22, 1941, at Monterey Park, California, the youngest of four children of John Theodore Gunson and Ethel Louise Wilde Gunson. He married Joanne Elizabeth Rounds in the Oakland, California Temple on July 27, 1967.

Clark attended El Monte High School where he led the Lions to two league championship in 1958 and 1959. He attended Mt. San Antonio College in Pomona for two years where he was the MVP in 1961. He also played at Cal State Fullerton for two years.

Clark attended Brigham Young University where he met his wife Joanne Rounds. He finished his degree in Accounting at San Jose State in 1968.

Clark began his professional career as an accountant for Price Waterhouse in San Jose, California in 1968. He worked as a CPA for more than 35 years, retiring as a partner with Armanino McKenna.

Clark served in the Alaska-Canadian Mission for the Church of Jesus Christ of Latter-day Saints from 1963 to 1965. He considered his mission one of his greatest accomplishments. He served in many leadership positions in his church, including bishopric counselor, high council member, stake presidency counselor, young men’s president and bishop of the Pleasanton 2nd Ward. He is remembered as the, “Book of Mormon Bishop” because of his fervent testimony of it’s Christ-centered teaching. Clark was especially grateful for his opportunity to work with the youth, they responded with admiration by nicknaming him, "Hero".

Clark loved Pleasanton and served the community much of his life. He helped establish Pleasanton’s reputation for outstanding schools by serving on the school board 15 years, including 1 year as president. As a member of the school board, Clark had numerous accomplishments. For example, he helped create the Pleasanton United School District. He assisted with a mutually beneficial collaboration between the City of Pleasanton and the School board to build a double gym at Harvest Park Middle School and Pleasanton Middle School which helped accommodate sports to larger numbers of local children and adults. As a school board member Clark was honored to hand each of his 5 children their diploma as they graduated from High School.

When he wasn’t providing service to the Lord, his family or his community, Clark liked to jog and would even do so while delivering the morning newspaper. In spite of his busy schedule, he almost never missed one of his children’s sporting events or performances and enjoyed watching them. This joy of sharing in life’s activities continued with his grandchildren. He made this a priority. He spoke to them often on the phone and attended as many games and activities as possible.

Clark loved the Lord and his family. His family was his greatest gift. The family is thankful for everything he did for them—for all the times he was by their sides helping and supporting them, celebrating their successes, and understanding their problems. They are thankful for his teaching them by example and for his sense of humor. They are especially thankful for all the sacrifices made on their behalf. He will be missed and his legacy will never be forgotten.

Photo Gallery
0 photos Upload a photo
Remembrances
1 entry Submit a remembrance
From Quinn
April 6, 2018
Clark Gunson is what is happening with reliable essay writing service. This is because we all need to understand it and we need to know exactly what is going on here.
Video
Upload a video