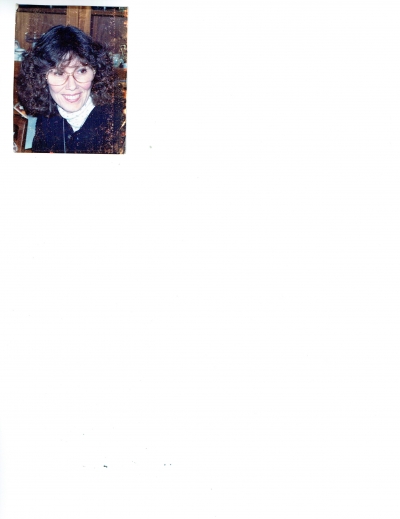 Darleen Marie Upmeier (nee Moore/Ryan), a fervent Irishwoman and American, was born a mirror twin to Coleen Pass on August 26, 1946 in Los Angeles. After a passionate productive life, she died of an extremely aggressive cancer on Tuesday, February 16, 2016 at home under hospice care, surrounded by her family and friends. After graduation from Long Beach State she married John Upmeier in 1969 and with the help of great friends, carried on bravely during his years flying in the Vietnam War and Cold War service including three years in England. Darleen was always proud that both her daughters were born in California; Jennifer at Mather Air Force Base in Sacramento and Deborah at Washington Hospital in Fremont. Upon separating from the Air Force she moved to Pleasanton, where she made a home for many and presided there as "Mom" for over 40 years. Darleen spent enormous energy working for St. Augustine Church as a teacher and coordinator for over 25 years, and later wrote and implemented Adult and Family Faith programs in various Catholic Parishes in San Jose and San Francisco. Darleen introduced the Corazon program to St. Augustine in 1990. This program is still ongoing, annually enabling teams of St. Augustine youth and adults to caravan to Tijuana to build homes and assist the poor. Her Women's Gathering Group, whose members had taught Confraternity of Christian Doctrine religion classes during the same years, gathered most often at Darleen's invitation and at her house. She was also a founding member and Spiritual leader of the Val Vista Neighborhood Christian Community who have met fairly regularly at Lori and Jim Murphy's for over 20 years. Lately, she also was instrumental in helping Lori establish the People To People Charity, which assists orphans in India. As "Mom" Darleen welcomed and absorbed the love and respect of many. The list includes Jennifer's husband, Marc Eis with grandchildren John and Clara; and Debbie's husband Mike Bangoli with grandsons Dominic and Dylan. Naturally close are her twin's husband Bill and family; Jeff with Chelsea and their daughter Lydia, Danny and daughter Kaasen, and Molly with her husband Rob. The twin's older sister, Helen Ann, lives in San Gabriel with her devoted husband Dann Sarnoski. Those considered family include Todd Cinani (Maryland); Ko Fukagawa (Japan); Nancy (Guam) and Roi Rivera (Philippines) with grandsons Jacob, Garret and Lucas; Bernadette (Alabama) and Gaby Daya (Syria) with granddaughter Sophia and grandson Gaby Jr.; James and Peris Thairu (Kenya); as well as Trevor and Linda Kelly (California). Related purely by love is the entire Samson family, Danny and Chris (Darleen's nearest "sister") with their son Vincent and daughter Nichole. Finally Darleen was blessed to have lived with absolutely wonderful people; the Empire Court Gang; Bob and Jeanne Allen, her dear lifelong Air Force friends; Bob and Sandy Brink, Del Monte co-workers for thirty years; the Holy Names University Sisters, the Presentation Sisters, as well as dear and cherished friends. Darleen, you can now rest.

Photo Gallery
0 photos Upload a photo
Remembrances
0 entries Submit a remembrance
Memorial service
Vigil service at St. Augustine Church on Monday, Feb. 22 at 7PM. Mass on Tuesday, Feb. 23 at 11:30AM. Burial to follow mass at St. Augustine Cemetery.
About this site     Contact us