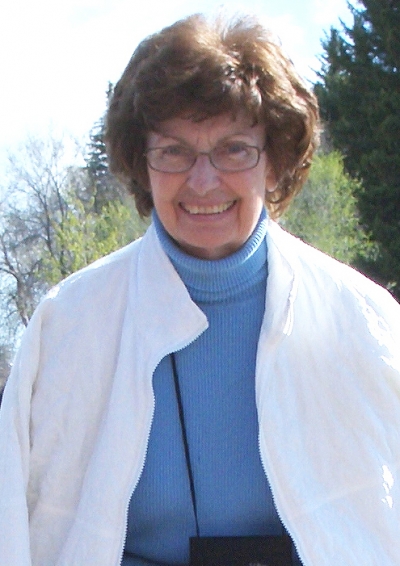 Darlene Elaine (Buck, Thomas) Castleman, resident of Apple Valley, California, passed away at her home at Merrill Gardens Retirement Community on June 29 at the age of 79 from complications related to Parkinson?s disease.

Darlene Elaine Buck was born to Mary Caroline Marlow (Green) and Chester Buck on August 10th 1933 in San Jose, California. She grew up in Newark, California and graduated from Washington Union High School in Fremont, California in 1951. Darlene was a talented tap dancer and a bright student, receiving a college scholarship from the California Scholarship Federation. As a child, she loved to play along the shore of the San Francisco Bay and during the summer be on the beach at Catalina Island. As a teenager, she enjoyed dancing at the Newark Pavillion and socializing at the Cloverdale Creamery. After high school, Darlene married Robert George Thomas and they had three children, Cindy Lynette Thomas of Newport Beach, California, Sheila Annette Thomas of Eugene Oregon, and Robert Curtiss Thomas of Dillon, Montana. She chose the town of Pleasanton, California to raise her family and helped to build homes on Happy Valley Road and Oak Lane. She worked at the Pleasanton Elementary School food service and at Harvest Park Elementary School as the front office secretary. She was a devoted mother and supported her children in 4-H, Little League, band, and other school activities. She was a passionate advocate for the oak trees of Pleasanton, and helped to establish laws that resulted in their preservation. She taught her children by example to stand up to injustice, respect others and play by the rules. She was a passionate advocate for education, and was proud that all three of her children obtained graduate degrees.

After Darlene's children graduated from Amador Valley High School in Pleasanton, California, she married John Castleman, and they moved to the high desert of southern California, living for a time in the towns of Hesperia, Victorville and Apple Valley. During this time, Darlene obtained a college degree and a community college teaching certificate. She worked as an administrative secretary and taught business communication classes at Victor Valley College in Victorville, California, and she helped to run their educational extension program at George Air Force Base. She was a talented teacher and a respected member of the college community.

Darlene was preceded in death by her mother, father and brother, Warren Buck. She is survived by her three children, her cousins, Shirley Buschke and Adele Smith, her daughter-in-law, Anneliese Ripley of Dillon, Montana, and her two granddaughters, Abbey and Haley Thomas, also of Dillon. At Darlene?s request, there will be no memorial service, but she has returned to Pleasanton, the town that she loved. 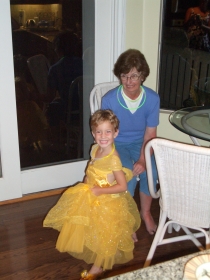 Remembrances
2 entries Submit a remembrance
From David Laube
Sept. 15, 2013
Met your mom when she was living in Hesperia. Everything you have posted about her is true a truely remarkable lady! She and John gave me shelter for a couple of weeks when I was going thru a divorce. I appreciated their help. I lost contact with the...
Read more
Video
Upload a video