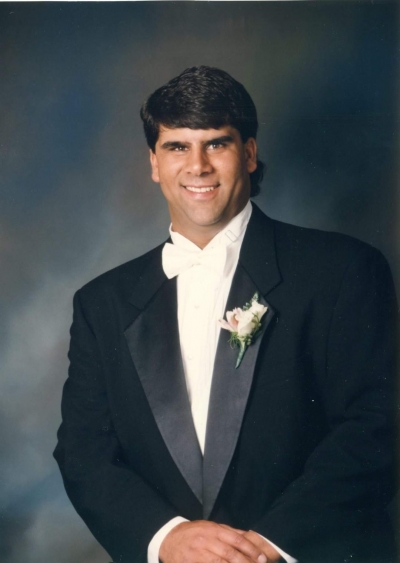 It is with heavy hearts that the family of Dominick Robert Rickenbach announces that God has gained an Angel. After a long battle with an extended illness, Dominick, 49, returned to the loving arms of God on October 20, 2017.

Dominick was born December 24, 1967, to Dominick O. and Jacklyn Rickenbach and was the youngest of four children. He grew up in Pleasanton, California and attended Amador Valley High School where he played basketball and football.

Dominick was generous, kind, loyal, and good-hearted. He loved life and his infectious smile lit up any room he entered. The sparkle in Dominick’s eyes showed the love he had for those around him. Dominick enjoyed fishing, golfing, and watching Raider’s games; but his favorite sport was being on the water jet skiing. Dominick was a beloved son, brother, father, husband and uncle. He is survived by Amy Rickenbach and their children, Tyler Rickenbach and Alexa Rickenbach. Dominick was preceded in death by his parents Dominick O. and Jacklyn Rickenbach; and sisters Sandra, Mitzi, and Tammy. 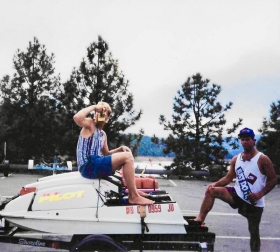 Remembrances
16 entries Submit a remembrance
From Amy Rickenbach
Nov. 10, 2017
Shasta 1993
Memorial service
Please join on November 10, 2017 at 10 a.m. for a graveside service honoring of Dominick.The service will be at St. Augustine’s Cemetery, 5750 Sunol Blvd, Pleasanton.
Make a donation
In lieu of flowers, donations can be made in his name to Huntington’s Disease Society of America.
About this site     Contact us