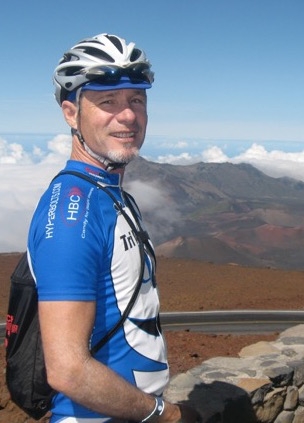 Don was born in Albuquerque, the first New Mexican in his family. He joined the Navy after graduating high school in Farmington, and then completed college at NMSU in Las Cruces, moving to Sunnyvale, California in 1979, working for Western Electric as a programmer. It was there that he met his wife, Andrea, and on New Year's Day, 1982 he and Andrea eloped to Lake Tahoe.

In 1984, Andrea and Don moved to Pleasanton and in 1988, their daughter Amy was born. It was during the early 80's that Don fell in love with windsurfing, going to the ocean, bay, and delta.

He similarly was taken with cycling through his years in California ? first with mountain biking and then in 2005 he found a passion for road cycling after he and Andrea decided to pursue that as a shared activity. Don joined a few cycling teams ? Info Vista, and then Tri Valley Velo, racing with both teams and enjoying the training rides and camaraderie of riding with other cycling enthusiasts. Besides racing, Don enjoyed many organized rides locally, and traveling to places he and Andrea could ride multiple days, including Switzerland, Oregon, and Maui. A few years ago, Don cofounded a group of cycling friends calling it Cycleholics Anonymous.

In 2010, Don retired from AT&T and decided to attend the United Bicycle Institute, becoming a certified bike mechanic for his own enjoyment. Soon thereafter, he moved his widowed father out from Colorado to California, and he along with his sister Diana, became their dad's daily visitors at Pleasanton Nursing and Rehab until his passing in May of 2014.

The beginning of 2015 lead Don to become a cyclist and mechanic for Heart Across America, an organization dedicated to bringing about awareness of stroke prevention.   He was cycling across America when he passed away suddenly in his sleep while in Jacksboro, Texas. While he was doing the HAA ride he said he was "living the dream," especially when riding down the coast of California with his brother-in-law, Dave Fisch. Andrea was lucky enough to also be with him the first week of the trip.

Don is survived by his beloved wife of 33 years, Andrea, precious daughter Amy, sisters Jane (Don) Helminiak, Debbie Gibson, and Diana (Dave) Fisch, and brother Russ (Barbara) Brennen, plus many nieces and nephews. He was preceded in death by parents David and Dorothy Brennen, and brother Michael Brennen. 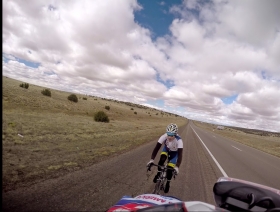 Remembrances
8 entries Submit a remembrance
From David Fisch
July 6, 2015
Some of the best times in my life were found riding with Don.
Video
Upload a video

Memorial service
A lovely Celebration of Don's life was held recently in the backyard of family friends Bill and Janet Lide.
Make a donation
Donations can be made in Don?s name to Heart Across America: http://heartacrossamerica.kintera.org/donbrennen
About this site     Contact us