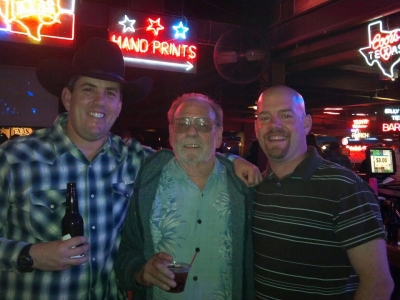 Ed, resident of Ft Worth Texas, passed away on the 20th of June 2013, at the age of 70, peacefully with his family at his side in Waldorf Maryland. Ed was born on the 10th of February 1943, in Dubuque Iowa and raised in Pleasanton California. Ed graduated from Amador Valley HS in 1961, served his country honorably in the US Army. He retired from General Motors in 1999 after 37 years of employment. He was a proud member of the UAW Local 816, the National Rifle Association and enjoyed two decades of coaching baseball, playing softball, cooking, spending time with family, fishing and shooting at the gun range. Ed is survived by his sisters Patsy Lund, Barbara Mills, Bette Olivares, his two sons Master Chief Shawn McMahon, Jason (and wife Kim) McMahon and his six grandchildren Blake, Kailey, Mackenzie, Aydan, Grady and Maylee McMahon. At Mr. McMahon?s request there is no service being held, please send your condolences to 2202 Pinefield Road, Waldorf, MD 20601.