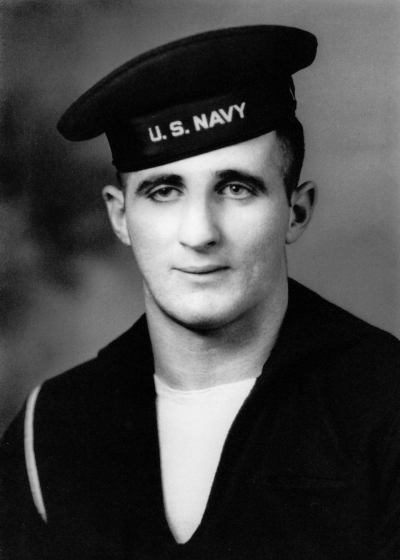 Francis “Frank” DePiero passed away March 4, 2018 in Pleasanton, CA. Frank was born August 22, 1925 in Ashtabula, Ohio to Antonio DePiero, Bugnara, Italy and Francesca Ingorvata. Frank was the youngest of five brothers and four sisters, all of whom have preceded him in death. His first job was as a “hostler” with the Pennsylvania Railroad. He joined the Navy in WW-2 returning to the west coast where he and his Brother Rollie DePiero attended San Jose State. Frank worked for Farmers Insurance for 35 years. He has been a resident of Pleasanton, CA for 46 years. He loved playing golf, watching golf and above all he loved watching his Grandson Ryan’s football and baseball games. He was an avid walker who spoke with many as he traveled around Pleasanton’s downtown. He is survived by his wife of 66 years Patricia “Patsy” DePiero of Pleasanton, CA, son Steve Kerr (Paula) of Fremont, CA, daughters Denise Lizer (Chuck) of Phillipsburg, MT, Sandie Dreyer (Mark) of Rainier, OR, Nancy Duty (Russ) of San Diego and Karen King (Steve) of Livermore, CA. as well as numerous grandchildren and Great-grandchildren. A private service and burial was held at the Pleasanton Pioneer Cemetery.

Photo Gallery
0 photos Upload a photo
Remembrances
2 entries Submit a remembrance
From Sue J. Barnes
May 7, 2018
It is very official way to appreciate the sacrifices of those people that spend their lives in helping the others but professional dissertation writer offering unique info. They become dea...
Read more
Video
Upload a video