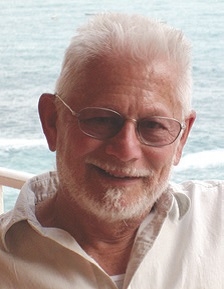 Gary Dean Logan passed away on Wednesday, Aug. 20 after a short yet valiant battle with liver cancer; he was 75 years old. He touched so many lives with his gentle spirit and lively sense of humor. Gary's remarkable life included extraordinary achievements in spite of his humble beginnings. His resilience and goodwill were clearly demonstrated through his effortless charitable endeavors and love for children.

Gary was born in San Francisco, CA, raised in Santa Barbara, CA and later moved to Independence, MO. He was introduced to The Andrew Drumm Farm for under-privileged children at the age of 13. Soon after, it was determined that Drumm Farm would become Gary's new home. During his residency, Gary attended East High School, graduating in 1956. After serving in the Navy for four years, Gary returned to California where he enjoyed a 54 year career in the electronics industry. He worked for companies such as Mel Labs, Zeta Labs, Shugart Associates and FlexStar.

As a result of an acquisition of FlexStar?s disk drive repair facility, he started his own company. As Founder/CEO of BigByte Corporation for 25 years, Gary leaves behind a legacy of great influence and tangible accomplishments.

Photo Gallery
0 photos Upload a photo
Remembrances
2 entries Submit a remembrance
From Cheese
May 7, 2018
I see some amazingly important and kept up to length of your strength searching for in your on the site Cheese
Make a donation
Family requests that a donation be made to: Drumm Farm Center for Children at http://www.drummforkids.org Select "Give Today" check Tribute and fill in: Gary Dean Logan
About this site     Contact us