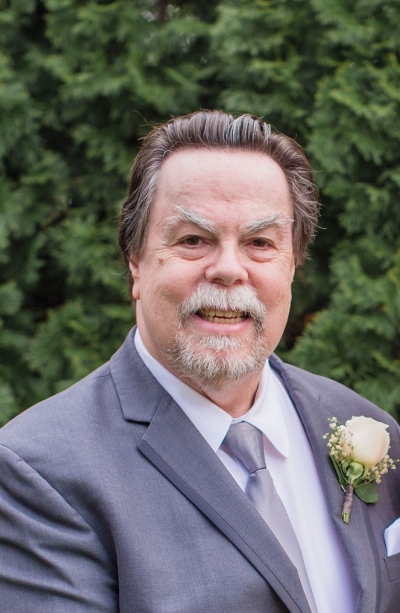 Gary was born on June 9, 1956 in Barstow, California to Douglas and Maxine Rose. He grew up in a suburbs of Pleasant Hill with his sister Victoria and brother Brian. Gary had fond childhood memories of playing with model trains, trekking over Dinosaur Hill, and vacations with his family. After a brief hospitalization at the age of 11 years old, Gary was diagnosed with Type I Diabetes. Gary excelled in school and completed 9 years’ worth of math classes during high school. He went on to receive his bachelor degree in computer science with a minor in mathematics from UC Berkeley.

After graduation he started working as a programmer for the Alameda County Office of Education. He really loved his job, especially being there to help those in need. Gary worked his way up to Director of Data Management and retired June 28, 2019 after 41 years of dedicated service. He was known as the ultimate problem solver and was titled, “The Wizard” among colleagues. He gave a beautiful, heart felt speech at his retirement party, and was looking forward to working once again at the office in January.

Through this job, he was introduced to his future wife Loretta. They married and had their daughter Julianne in 1989. In 1990 they moved out of their Hayward condo and into a Gary’s forever home in Pleasanton. Their son Marc was born 1992. Gary was a hard working family man and provided a wonderful home life to his wife and children. Their daughter went onto become a successful neurosurgical nurse in Sacramento, California and their son manages a beer and wine department in Portland, Oregon.

Gary’s children Julie and Marc recall happy childhood memories going to the cinemas, building models, playing board games, bedtime reading, and going to numerous parks such as Fairy Land and the Oakland Zoo. His daughter Julie is forever grateful her father was able to walk her down the aisle and dance under the string lights at her wedding this April. Marc and his friends would often play Dungeons and Dragons around the dining room table late in to the night.

In his spare time, Gary enjoyed visits with his late mother Maxine, reading his favorite magazines, putting puzzles together, computer games, and numerous television shows. He loved the company of his affectionate, short haired cat, “Pookie” who served as his loyal and constant companion for the last twelve years.

Gary passed away in his sleep from complications of his Type I Diabetes on November 29, 2019 at home. He will forever be remembered as a loving, caring, intelligent, gentle family man.