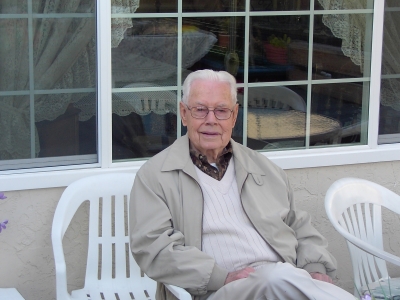 Gordon Gilbert Englebretson, known by his loved ones as "Big G," was born in Greenwood, Wisconsin on April 9th, 1920. He passed away March 29th, 2013, just shy of his 93rd birthday. At the time of his passing, Gordon was a resident of Livermore, California. He is survived by his devoted wife of nearly 65 years, Edna, and their two sons, Don and Steve. In addition, Gordon leaves behind eight granddaughters and fifteen great-grandchildren. He will forever be remembered for his loving heart, his cheerful spirit and his infectious smile. We love you Big G!

Photo Gallery
0 photos Upload a photo
Remembrances
1 entry Submit a remembrance
From Wheeler
April 30, 2018
Why is there so many things like resume writing service that we still don't know about? Please work on them, and let us know about it. It will help us a lot and we wi...
Read more
About this site     Contact us