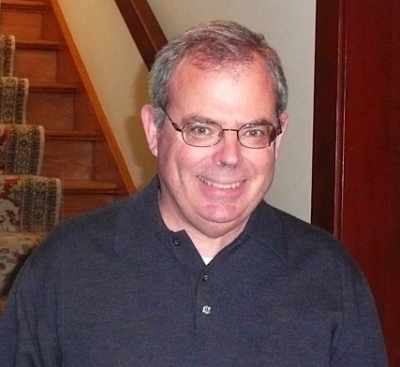 Hans James Hansen, 56, of Pleasanton, passed away on April 17 surrounded by his family. Hans was born to Howard and Virginia Hansen in Pleasanton, where he lived his entire life except for his years away at college. He met his wife Jill at Amador and they were married for 35 years. In his thirties, he became a Christian, which became the cornerstone of his life. His belief was the source of his incredible strength and optimism through his years of illness. Hans was a brilliant engineer, earning many patents, and truly enjoyed going to work every day. He will be remembered for his fantastic sense of humor and ability to make friends wherever he went. He is survived by his daughter Katrina (Seth) High of Boulder, CO, his son Aaron (Barbara) Hansen of Coronado, his daughter Sarah Hansen of San Francisco, and his daughter AnnMarie (Nicholas) Smith of Woodland Hills. A memorial service will be held at 11 a.m. on Saturday, April 27, at Cornerstone Fellowship in Livermore. Donations in Hans? name may be made to Hume Lake Ministries (www.humelake.org) or to Gospel for Asia (www.gfa.org).