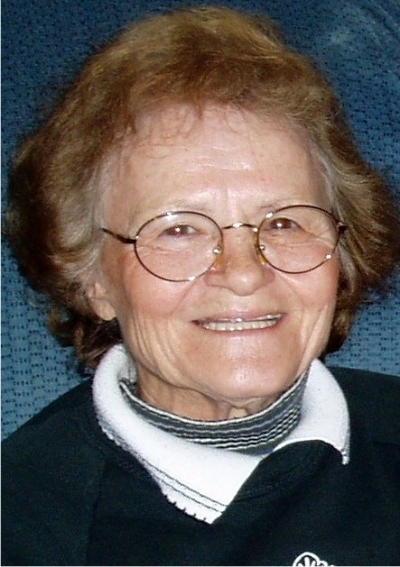 Helen Georgatos was born in Greece on April 25, 1932. Her parents, Marianna and Demostenes Pagulatos had five children. Married in 1952 to Jerry Georgatos, Helen had her first son Dean, in August, 1953, six days after a devastating earthquake on Cephallonia. After having her second son Dennis, the family immigrated to the United States and took up residence in Pleasanton in 1956, where Helen?s husband worked at the Standard Cheese Company. Helen worked at several laundries while her sons went to school. Helen and her husband remained in Pleasanton the rest of their lives; first renting a home on Rose Avenue and then buying a home in Pleasanton Heights. Jerry sustained a debilitating back injury while working at the Cheese Factory. No longer able to do the heavy lifting required in making cheese, they purchased the Bottle Shop, a liquor store in nearby Fremont. She was also a fantastic cook, preparing tantalizing Greek cuisine and serving it along with her quick wit. Jerry and Helen worked together almost every day at the store, building a devoted stream of customers and supporting each other through 26 years of their ownership. After selling the store, Helen and Jerry took a well-deserved and overdue trip back to Greece, to visit family and friends that they had not seen in decades. Helen?s husband died in 2007 after almost 55 years of marriage. This was a devastating blow to Helen because they were life partners and best friends. Helen also was and always will be a zealous Elvis Presley fan. Helen was a devoted wife, mother, grandmother, great-grandmother and friend and she'll be sorely missed. She died Wednesday, March 20, at age 80 after a six-year battle with Alzheimer's disease. Services were held.