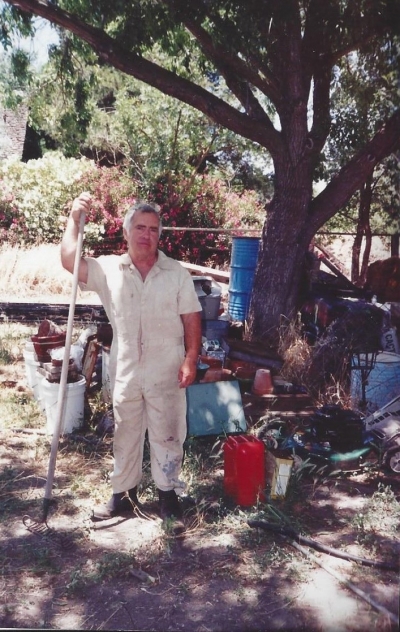 On December 22, 2019, Herman Lewis, Jr. passed peacefully in his sleep. Born in Oakland on August 18, 1932, Herman developed a strong work ethic from a very early age while assisting his father during the Depression era. He also developed a rebellious spirit in order to overcome an education system that did not understand his severe dyslexia at that time This experience did not impact his enthusiasm for learning which he maintained throughout his life. He especially enjoyed nature and cataloged many of the birds and wildlife he encountered in the Bay Area outdoors. He later volunteered for animal organizations and assisted rescuing local strays that he found as well as attempting to have the city post warning signs on busy rural roads to protect the many wild turkeys.

Another of his passions was physical fitness; from his self-taught understanding of fitness that began during his teens, he eventually set a weightlifting world record for his weight class. After serving in the Air Force during the Korean War, he became a successful barber known for not only his skill but also his stories.

Never one to want to be stagnant, he eventually utilized his knowledge of physical fitness to build a successful health food business which he ran until his retirement. Widely known by many, especially in Pleasanton, for his unique philosophies and wisdom, he was truly a one-of-a-kind individual to anyone who met him.

He was preceded by his daughter Sherlee and is survived by his wife Nancy, son Vincent, and nephew Herman.

In lieu of flowers, please send a donation to Tri-Valley Animal Rescue at https://www.tvar.org/ or their mailing address, P.O. Box 11143, Pleasanton, CA 94588.