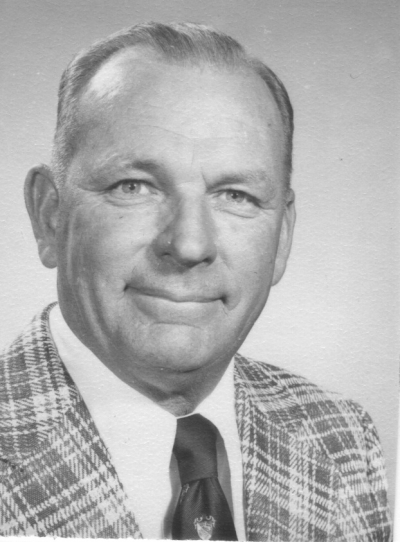 Howard Clemens Hansen, 90, died December 27, 2012 at his home in Pleasanton. His wife of 69 years, Virginia, was at his side when he died. He will be fondly remembered by his children, Nancy (Peter) Mills of Tracy, Tuny (Art) Dunkley of Pleasanton, and Hans (Jill) Hansen, also of Pleasanton. Howard is survived by his sister Ann Marie Mix of Palo Alto, as well as eight grandchildren and four great grandchildren. The Hansens were early settlers in Pleasanton. Howard?s father immigrated from Denmark in 1912 and in 1919 invested in two dairies in Pleasanton. Howard would ultimately run one of those dairies (The Hansen & Giger Dairy), located on Hopyard Road. In 1966 when the business was no longer viable, the land, the cattle and the equipment were all sold. Howard spent his retirement years maintaining his beautiful garden and tinkering with his collection of Model T cars. He and Virginia traveled extensively, most notably to Denmark where they kept up ties with the extended Hansen family. He was a fine mechanic and could fix anything. In later years when he was weakened by the effects of Parkinson?s Disease, he still managed to run the house from his recliner. Howard spent his entire life in just three different houses, one on St. Mary Street, and two on Division Street. He liked to point out that if you started out in the right place, there was no need to move. No services are planned. In lieu of flowers, donations may be sent to Hope Hospice at 6377 Clark Avenue, Suite 100, Dublin, CA 94568.