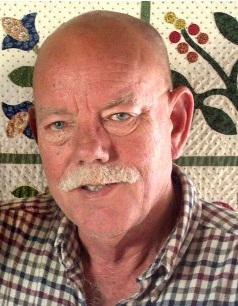 Ken was born in Phoenix, AZ to Hubert Kenneth Sr. and Betty McNees. He was raised in Exeter, CA where he learned the value of hard work and ingenuity as the only son on a citrus and walnut farm. Ken graduated from Exeter High School and was drafted into the U.S. Army while studying at Fresno State. After a two-year tour in Germany, he completed his degree and began a 35-year career in the automotive industry, working for Firestone Tires, Hughes Aircraft, Peterbilt, and NUMMI. He could fix anything. His talents ranged from car and boat restoration to fine furniture making, always with unparalleled attention to detail. His family cherishes the pieces he created.

At Fresno State he met his future wife, Jody, in the fall of 1968. They were married in May of 1973 in Lafayette and resided in Long Beach, CA. In 1977 they moved to Pleasanton, CA where they started a family. Ken was widowed in 2010 when Jody lost a valiant battle with brain cancer. Those who knew Ken saw that throughout Jody?s illness and their 42 years together, Ken lived for Jody and their family.

Ken is survived by his two daughters: Lauren McNees of Winters, CA, and Andrea McNees of San Francisco, CA, both UC Davis graduates. He is also survived by his sisters Becky Coppola of Visalia, CA and Marsha Fulik of San Diego, CA. Ken will be missed by many, especially his daughters, family members and countless friends and colleagues.