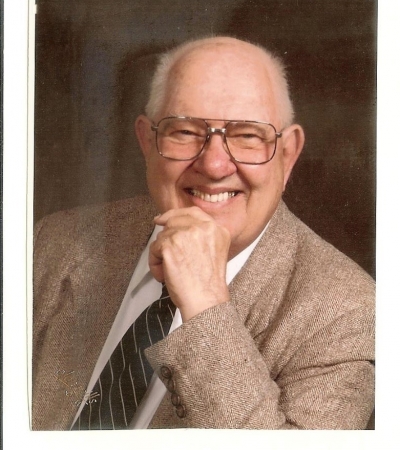 Hugh was a devoted and loving husband and father who enjoyed life with his family and friends. His lifelong love of music began when he sang in his high school chorus and continued when he learned to play the guitar and banjo. He enjoyed going to musicals, folk music festivals, light opera and opera.

Hugh was born to Helen and Alvin Hempill in New Castle, PA, but grew up in Chicago, IL. Frequent trips across the U.S. with his maternal grandparents instilled in him a love of travel. Later on, he continued to travel on work assignments both in the U.S. and North Africa.

After high school, Hugh attended the Illinois Institute of Technology in Chicago, majoring in Chemical Engineering. While in college, he met Barbara Kurth at a First Presbyterian Church youth group. They were married at the church on January 31, 1953.

Following Hugh?s graduation, he worked for The Sherwin-Williams Company. He went on from there to Chemetron Corp., Union Tank Car Co., and Liquid Carbonic. During that time his sons, John and Tom, and his daughter, Jeanne, were born. When the family moved to Homewood, IL, Hugh became actively involved as secretary of the Homewood Little League and also coached. He also enjoyed playing bridge with friends and co-workers. Hugh learned to play the guitar and banjo when folk music became popular, and he and Barbara frequently got together with friends to sing and play folk music.

In 1971 Hugh was offered a job as Manager of Engineering for LOX Equipment Co. in Livermore and the family moved to Pleasanton. Hugh joined the San Francisco Folk Music Society and played his guitar with groups in Marin Co. and Berkeley.

In 1974 he became Project Manager/Process Engineer for Raymond Kaiser Engineers and later was a Principal Chemical Engineer for M-K Environmental Services in San Francisco. He was a lifelong member of the American Chemical Society. Hugh enjoyed reading and after moving to California, he began studying and investing in stocks. His love of travel resulted in traveling with Barbara on tours and cruises around the U.S. and Europe.