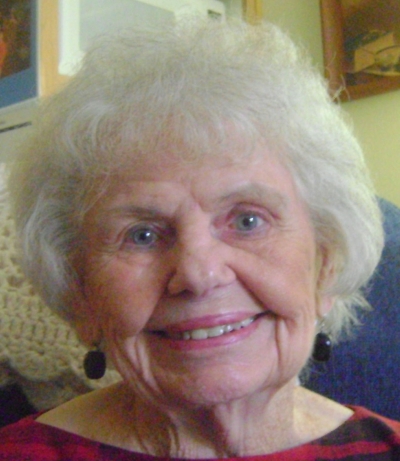 Irene R. Loos passed away in the early morning hours of July 26, 2013 in her apartment at Parkview Senior Living at the age of 88. A memorial service celebrating the lives of both Irene and her late husband Harry, who passed in June, will be held at The Parkview Senior Living, 100 Valley Ave., near the Pleasanton Senior Center at 2:00 PM on Sept. 1. Irene was born in Milwaukee WI. and grew up in Scottsbluff, NE, where she graduated from high school and married Harry Loos. They were married for more than 70 years. She was a full-time mother during the childhood of her sons, Larry and James, in Scottsbluff. Irene was active in the PTA as a member and officer and participated in many other school activities. She was a den mother for the Cub Scouts and also taught Sunday school at the Emmanuel Congregational Church. She enjoyed sewing and shopping and always dressed elegantly. She was a competitive bridge player for most of her adult life. After raising her sons, she worked as a residential real estate salesperson. Irene and Harry moved to Oakland, CA from Nebraska in 1971 to be nearer to their sons and grandchildren. After relocating to Pleasanton, they both became active in the Pleasanton Senior Center where Irene managed the travel desk for a number of years. There, she organized and conducted numerous local and worldwide tours and cruises for seniors in the Pleasanton area. Irene enjoyed traveling and did so extensively throughout Europe and North America. She was known for her gregarious, friendly and energetic personality. She was a most compassionate, loving and caring person and maintained a strong spiritual faith throughout her life. Irene is survived by her sister, Sylvia Debus of Scottsbluff, NE; two sons, Larry A. Loos of Hayward and James L. Loos of Pleasanton; grandsons James C. Loos, Anthony F. Loos and Jeremy A. Loos; great grandchildren Ryan J. Loos, Emma M. Loos, Owen J. Loos and Wyatt A. Loos. Irene, the daughter of Fred Schenaman and Anna M. Swartzkopf, was preceded in death by her husband Harry, who passed away in June, her parents, and one sister. The family prefers contributions in their memory to your favorite charity.