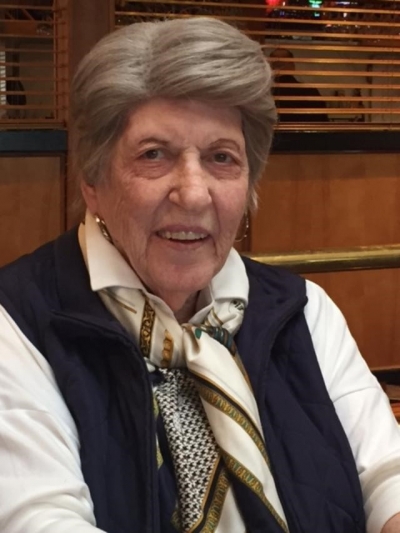 Jacqueline Jeanne Elkins passed away peacefully after a brief but valiant battle with the coronavirus. She touched many lives with her kindness, determined spirit for living and her spontaneous sense of humor and quick wit. She was an avid reader, watercolor artist and loved to play bridge. She was also known to be an excellent cook and enjoyed anything chocolate.

Jackie was born and raised in St. Louis, MO where she later met her husband Allan Elkins while attending Washington University studying fine arts. Allan and Jackie moved to Little Rock, AR in the 1950's and then later retired to Eden Isle in Heber Springs, AR, where they loved to play golf and enjoyed traveling the world. She was also active in the Presbyterian Church.

Jackie was preceded in death by her husband in 1992. She was also preceded in death by her son, Polk Andrew Elkins in 2002 and daughter, Christine Anne Elkins in 2013, and is survived by her two sons, Allan David Elkins of Ivins, UT and Stephen Robert Elkins of Pleasanton, CA and their spouses. She is also survived by her loving friend and former roommate, Dorothea Fournier of Dublin, CA.

Jackie moved to Northern California in 2013 to be in the care of her son, Stephen, after the death of her daughter Christine, Stephen’s twin sister. In 2016, she moved into the Creekview Health Care Center in Pleasanton, CA in their memory care unit. During that time, she received the utmost in care and loving attention from the entire Creekview staff, who worked tirelessly to give her around the clock comfort, as they truly loved her.

At Jackie's request, she will be cremated, and there are no funeral services planned.