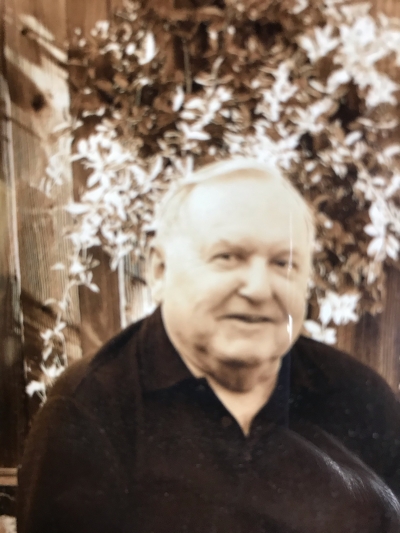 Jim passed away 8 days after his 87 birthday with his devoted wife, Donella, always by his side. Jim was born in Petaluma and raised in Oakland. He attended Fremont High and graduated in 1952. After a short stint working for Southern Pacific, he was drafted to the Army where he served in France as a truck driver. He loved to tell his family about his time driving around Europe. Upon his return from the Army, he began his 50 year career at PG&E, where he had great success and made many life long friends. Jim and Donella moved to Pleasanton in 1968 where they raised their family. His greatest joys were his wife, children and grandchildren. Jim loved to have his family over for dinners as he always loved to cook. He was a devoted husband, father and grandfather. He never missed a game or event of his children and enjoyed many sporting events of his grandchildren. The happiest time of his life was when he received his job as Papa! He loved taking care of his two oldest granddaughters everyday from when they were born until they started to drive! He is survived by his wife of nearly 56 years, Donella Anthony. His daughter, Stacy Kovisto, son Jim Anthony and daughter in law Nicole Anthony. He is also survived and adored by his 4 beautiful granddaughters, Cassidy Kovisto, Jennifer Kovisto, Adyson Anthony and Campbell Anthony. Jim was a big presence and is missed by all. Donations may be made to Guide Dogs for the Blind or Brookdale Hospice in Jim’s name.