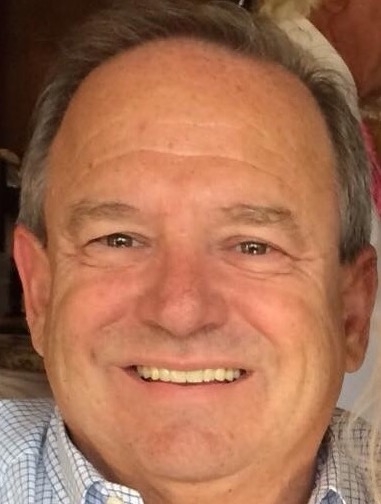 "Who's that good-looking guy?” would be our dad's comment to this photo. Jim was known by many for his sharp wit, sense of humor, and caring personality.

James Nelson Harrington, loved father and friend, was taken so abruptly from our lives on April 9th, 2017. He was a proud father of his three kids (Spencer 27, Jonathan 33 and Emily 37) and spent many hours bragging about them to his friends. We are very proud of him as well.

Jim came from a modest upbringing in Wichita, Kansas and his father Harry Harrington was born on the Potawatomie Reservation in Mayetta, Kansas. Jim was very proud of his Native American ancestry and was a member of the Prairie Band Potawatomie tribe like his father. Jim&#039;s father went to Haskell Indian Nations University and started his own engineering company. Jim worked for his dad&#039;s business during high school then attended Wichita State. Our mom Helen and Jim were high school sweat-hearts and got married after graduating college. They moved to Olathe, Kansas to start a family and later to Overland Park. Jim was an active member of DeMolay and St Thomas Episcopal Church. He moved to California in 1997 for a job at Lawrence Livermore labs and settled in Pleasanton. He loved Pleasanton and made many close friends during his twenty years in California. He worked for various engineering companies in the Bay Area. He enjoyed many activities including scuba diving, gardening, wineries, Nascar, Kansas City professional sports, politics, spending time with his cats, eating good food and cooking fried chicken for friends and family.

Jim had just gone through the emotional turmoil of being diagnosed and surviving melanoma in 2015. His health however rapidly deteriorated over the course of his last weeks, unknown to his family and friends. To our relief he was found before he died at home, and we were able to spend time with him before he died.

We would like to remember Jim during this sad time by showing our love for him in ways he would have appreciated and enjoyed. Please join us for a memorial reception in his honor in Pleasanton at The Cellar Door on Sunday May 7th 2-5pm. Jim’s ashes will be buried in June in the Memorial Park Cemetery in Hutchinson Kansas next to his mother Rosa Lee Beardsley.

We have started a memorial fund in his honor to donate to several causes that were important to Jim, parks and nature with a donation and bench plaque with Jim&#039;s name through the East Bay Regional Parks Foundation and donation to his friend Richard Fitzmaurice’s organization that Jim was very proud of, The Arc of Alameda County for people with intellectual and developmental disabilities. If you would like to honor Jim in this way you can to donate to his memorial fund at https://www.gofundme.com/jamesnharrington or make a tax-deductible donation directly to The Arc of Alameda County at https://arcalameda.org/donate-arc-alameda-county-invest-in-success/

We love you dad.