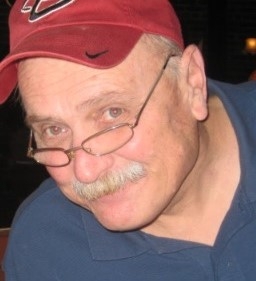 James “Jim” Robert Laing passed away from cancer at his son’s home on August 17, 2017 in Livermore. He was 74 years old.

He leaves behind his children, son Robert Laing and his wife Diana of Livermore, his daughter Kathleen Schoening and her husband Clark of Georgetown, Texas; along with two beloved grandchildren, Emma Schoening and Ryan Laing.

Born and raised in the Bay Area, the son of Charles and Ruth Laing, he spent the last 38 years of his life in San Ramon.

He was a single dad who did the best for his children. He retired in his 50’s to spend time with his family.

Photo Gallery
0 photos Upload a photo
Remembrances
1 entry Submit a remembrance
From sergi constance
April 17, 2018
Easily install add printer window 10 pc,and here the all solution,you have simple to copy and file help this tool adding printer windows 10 add printer has support to microsoft,here the simple ways,so try...
Read more
Memorial service
There will be no service. A private pizza and beer night will be held for family and close friends. The burial will be Pioneer Cemetery in Pleasanton.
Make a donation
Donations can be made in his name at Helping our Heroes http://www.helpingourheroes.us
About this site     Contact us