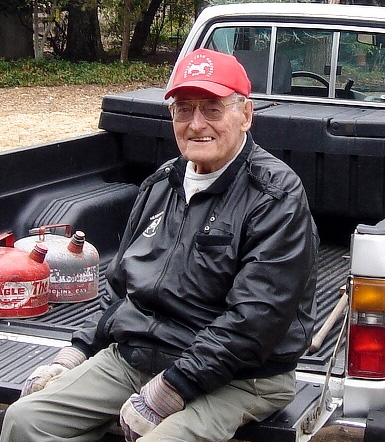 Jannes Takens, born in Helpman, The Netherlands, in 1919, passed away at the age of 94 in his Pleasanton home on Sunday, Nov. 24.

Jannes and his wife Janna, married just 2 weeks short of 65 years, immigrated to Pleasanton in 1950, finding their first job at the Meadowlark Dairy. They became proud citizens of the USA in 1955.

They were helped by and thankful to so many generous and trusting people in their new country and community, making business deals on as little as a handshake, to eventually become owners of the Dairy.

Jannes was an avid sports fan and sportsman. In his youth he won speed skating medals and played center midfielder for Bequick Soccer NL. Upon arrival in the U.S., he became an avid baseball fan and a popular coach of Little League baseball and soccer teams in Pleasanton. He loved bowling, sponsoring many teams, and continued to bowl well into his retirement years with his SIR friends. He helped put on many 4-H BBQ's at the fairgrounds, was an avid fair-goer with box seats at the fairgrounds, and also helped pay for new grandstands. A little-known fact is that he was a good horseman, a real cowboy.

He and Janna were thankful in retirement to have been able to "go places together" - so many places around the world, always making friends along the way. Jannes was a handyman who would fix almost anything. On the rare instance he needed hired help, he?d watch and learn, saying, "I only want to pay for it once." A tireless worker, he was up before dawn for decades, always needing to milk the cows or mend the fences. "That?s the one I was looking for," he?d laugh, eying the very last bale of hay that needed unloading.

He was the perfect neighbor to many, always willing to lend a hand.

Memorial service
A private service will be held.
Make a donation
Memorial donations may be made to Hope Hospice in Dublin, the Alzheimer's Association, or your favorite charity. http://www.alz.org/ http://www.hopehospice.com/home.html
About this site     Contact us