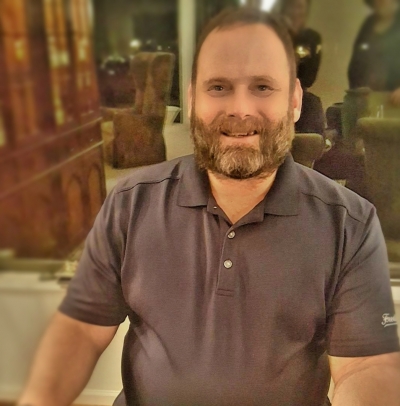 Jason Curtis Goldberg, a 23-year resident of Pleasanton, sadly passed at the age of 39 on November 30, 2017, just a month away from his 40th birthday. Jason was born in Livermore California on December 25, 1977. He was educated in Pleasanton; attended Walnut Grove Elementary, Harvest Park Middle, and Amador High Schools. Jason was gifted mentally and physically. He loved learning, especially History. He was known as a man who knew his way around the kitchen and could BBQ with the best. Jason was an athlete who excelled in multiple sports. He was a left-handed baseball pitcher who led teams to many championships in Pleasanton National Little League and at Amador High School. As a BUSC soccer team member, Jason was an inspiring leader who played the game the right way. He was a passionate golfer who devoted time to keep his skills sharp. Jason left Pleasanton to live in Arizona in 2000.While in Arizona Jason completed IT classes at the University of Phoenix then worked for a variety of companies. He reconstructed vintage bikes and taught kids who were left-handed to golf. Jason recently moved the love of his life Heather to Rockford Illinois so they could be near her loving family. He is survived by his devoted girlfriend, Heather Eveland, his mother Marsha Goldberg Jones, his step-father Mark Jones, and his brothers Joshua and Brian Goldberg.

Photo Gallery
0 photos Upload a photo
Remembrances
1 entry Submit a remembrance
From Wilfred
April 30, 2018
Goldberg things are there to help you with australian writing services because people have been doing a lot of things on it. Please see that you don't miss out anything and that you've given everything th...
Read more
Video
Upload a video

Memorial service
A memorial service will be held Saturday, Dec.16, at 2 p.m. at the Rock Bible Church, 4100 1st St. Pleasanton, California
About this site     Contact us