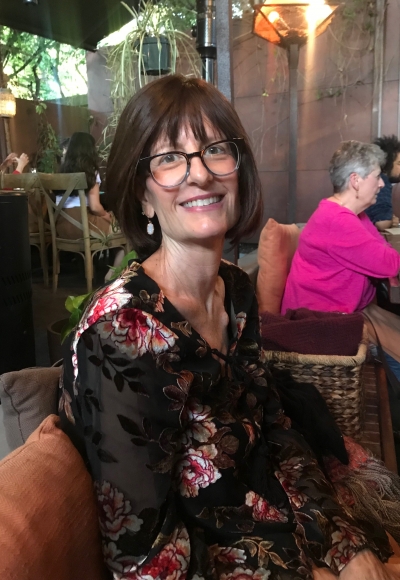 Jeanne passed away peacefully in the arms of her loving family on January 25th after a long and courageous battle against cancer.

She was born in Angels Camp, CA to Joanne and Loren Whittle, and welcomed by big brother Bruce. The Whittle family took many road trips and Jeanne had an amazing memory of the towns and historic sites visited, and even the meals they enjoyed. But her greatest memories were made riding her pony Rocky alongside her Grandpa Clenn on the old Whittle Ranch. She attended local schools and graduated as valedictorian of Bret Harte High School in 1979. Jeanne earned her BSN in nursing with honors from Sacramento State in 1983 and went on to work at UC Davis Medical Center as an oncology nurse before joining Sonora Community Hospital. She became Mrs. Joseph Senn in 1986 and they celebrated the birth of their son Daniel Joseph on March 6, 1988.

In 1992 daughter Katharine Blair was born and in 1995 Jeanne enrolled in the first class of Nurse Anesthetists at Samuel Merritt University in Oakland, CA. She received her Master of Science and became a CRNA in spring 1997. While living in Pleasanton, CA she married William Stiers on April 12, 1997 and they had their daughter Genevieve Rose on July 2, 1999. In 2004 Jeanne was diagnosed with breast cancer. She celebrated the end of her treatment with a family trip to Kauai for Thanksgiving and completion of the Vancouver Marathon. Jeanne worked full-time for Kaiser Hayward/Fremont in both the Operating Room and Labor & Delivery for many years before starting her own private anesthesia practice at Sonora Surgery Center in 2005. Jeanne was naturally well-liked as she worked hard, paid meticulous attention to detail and always provided the highest quality of care to her patients. In 2007 Jeanne and Bill took their first trip to Italy where she enjoyed seeing the homes of her ancestors, but she especially liked having pasta and wine for every meal. Her all-time favorite vacation spot was the beach. In 2009 they purchased a home in Cayucos, CA, and shared countless walks on the beach with friends and family collecting sand dollars and sea glass. In 2011, Jeanne returned full-time to her Kaiser roots and helped move the anesthesia department into the new facility in San Leandro.

Jeanne shared her love with friends, and colleagues just as she did with her family, filling her calendar with birthdays, anniversaries, recitals, football games and graduations that she would attend or send cards of congratulations; she cherished her friends and shared in their lives richly and deeply. Jeanne filled her home with beautiful dahlias, laughter, and aromas of delicious home-cooked meals for anyone who was lucky enough to receive a dinner invitation.

In her final years Jeanne remained involved in the lives of her family and friends as she fought her own battle against a recurrence of cancer. She celebrated each milestone the family had and never complained. She was a pillar of strength and bravery for everyone in her life. Jeanne continued her traditions of fruitcake, snickerdoodles, persimmon cookies, and “Granny’s Bestest Quince jelly”. She delighted in rocking out for the mother-son dance to AC/DC’s “Back in Black” at Danny and Angie’s wedding in August, and found the strength to take one final trip to Maui with Bill and the kids this past December. Jeannie was all in for her children, every moment, thought, action, and breath to the end. She loved watching the Warriors play, and attended many Dave Matthews Band and Fleetwood Mac concerts over the years. She was an incredible mother, wife, sister, daughter, friend, and nurse. In each of her roles, she excelled through her intelligence, integrity, compassion, and fairness, and she earned the respect and admiration of all those with whom she interacted. In the summary of her life, it can be said that she loved people, her garden, her children and her home and all those who received her love were forever changed for the better.

Photo Gallery
0 photos Upload a photo
Remembrances
0 entries Submit a remembrance
Memorial service
A celebration of life will be held at McGrail Vineyards & Winery in Livermore on 2/18/2019, 1-4pm.
About this site     Contact us