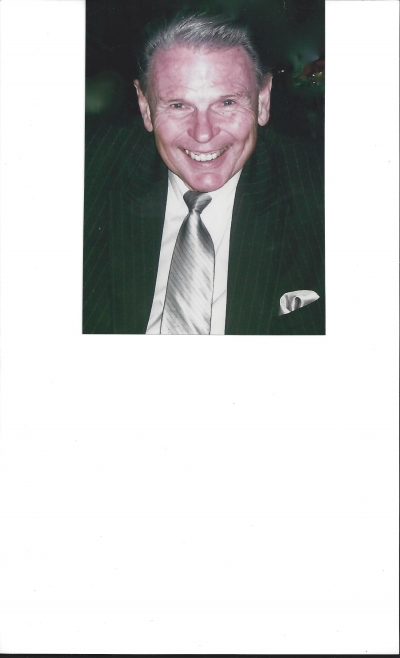 Jerry was known for his wide smile and his upbeat attitude. "Jerry was always very positive and tried to compliment people. The glass was always half full," said fellow commercial real estate broker Brad Hirst.

John Ferreri, who was managing the Valley Realty offices when Jerry joined the company, shared a second-floor office building with Jerry for many years.

"Every morning we would look forward to seeing Jerry's smiling face. He'd come up the staircase and then stick his head into our office to say Hi," said Ferreri. "He was a terrific guy."

Mark Pleis, a commercial real estate broker, said, "He was friend, first and foremost and that friendship grew over 28 years. I trusted him with my life. He wore many hats for me: father figure, work colleague, creative dealmaker, confidante and much more. He was motivated by integrity, not money. "We both went to WSU (Washington State University), just in different eras, but always loved talking about being a Cougar." Jerry invested himself in community activities through the Pleasanton Chamber of Commerce. He served as president of the Board of Directors in 1986 during the economic boom in the city. During his board tenure, there were a number of key ballot measures he took an active role in supporting. He also was active in the Dublin chamber.

The big event during his term as president was Pleasanton 2000 and he was a tour guide on the bus tours. Scott Raty, the chamber executive at that time, said, "He worked with a lot of small property owners and maintained an independent office with a clientele built on a relationships.

"When I think of Jerry in those days, he would walk in with a celebrity-like presence in a sport coat, with a huge smile and a great tan from all of that tennis. He owned the room whether he owned it or not," Raty said.

Frank Capilla, who also served as chamber president in the 1980's, said he and Jerry were founding board members of the Bank of Pleasanton. That bank was merged in Community First and eventually was part of U.S. Bank.

Lemm was born Dec. 6, 1933, in Cashmere, WA to Leander Joseph Lemm and Agnes Irene (Searles) Lee. He grew up in the small community east of the Cascades in Washington apple country. The family home is now an office building for one of the apple processing firms, but family members reported they could still see the dings in the doors where Jerry had ridden too close on his tricycle as a kid.

After graduating from high school, he attended Washington State University in Pullman and graduated in 1957 with a pharmacy degree. He was a member of the Reserve Officers Training Corps at Washington State and entered the U.S. Army in 1957. He served on active duty for two years and then spent another seven years in the reserves before being discharged at the rank of captain.

He worked as a pharmaceutical representative and then joined Bowerman's Pharmacy in San Francisco. In this medical office building, he met a nurse, Marilyn, who became his wife. They were married Jan. 30, 1965.

In the late 1960s, friends said the Lemms should check out a new development in Pleasanton off Foothill Road south of what is now Stoneridge Mall. They liked it and moved to Pleasanton in 1969 when their twin children were 2 years old.

Jerry loved Hawaii, so virtually every year the family vacation was on Maui and in Honolulu. His family said that he had no interest in living out of a suitcase on vacation, but happily settled in and went to the beach to surf in the Hawaiian Islands.

He and Marilyn were members of Castlewood and Jerry loved to play tennis. In his later years, when he could no longer play, he loved to walk and would walk downtown from his office on Sunol Boulevard across from the Richert Lumber Co. to downtown.

Jerry loved to eat out?whether going to dinner with friends or going out to breakfast after church.

He was a familiar figure around town, driving his Lincoln town car with its personalized plates "JL Lemm."

Mr. Lemm is survived by his wife of 49 years, Marilyn, his twin children, Mark (Kathy) of Napa and Michele O?Neill (Rev. Bruce) of Berkeley, his grandson Jeremy and his sister, Louise Fegley of Cashmere, WA.

Photo Gallery
0 photos Upload a photo
Remembrances
3 entries Submit a remembrance
From https://www.viagrapascherfr.com/vente-libre-d
Sept. 1, 2017
Let's take a review of some of the tried-and-true penis enlargement techniques. Choosing to parent again is among the most critical decisions most men will ever make. Most doctors prescribe antidepressants to cure rapid ejaculation as some of...
Read more
Video
Upload a video