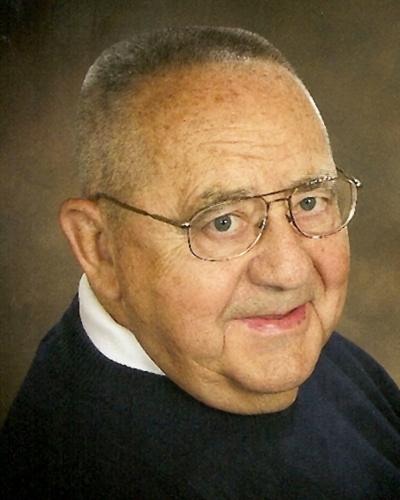 John David Evanson, 87, of Pleasanton, passed away peacefully on May 24, 2016. John was born in Northwood, North Dakota on August 18, 1928 to Parnell and Beulah Evanson. He attended Northwood High School and entered service into the Marine Corps as Private 1st class in 1946. After his dedicated service in the Marine Corps, John attended Everett Junior College in Washington and was shortly thereafter drafted into the Army for service in the Korean War. A leader and dedicated soldier, John received the Bronze Star for meritorious service as a Private First Class and quickly moved up in rank to Master Sergeant. After the war, John attended the University of Washington where he received his Bachelorâ€™s Degree in Business Administration and became a die-hard Husky fan. In 1956, he married his life time love, Anna Hein, and remained dedicated to her all his life â€“ a beautiful marriage of 60 years. Johnâ€™s career included employment with Kaiser Aluminum and Chemical, and Wells Fargo.

Johnâ€™s life was exemplified by dedication, commitment and service. Proud to be an American and Veteran, John was a member of American Legion, Post 92 of Northwood, North Dakota for 68 years. He was a resident of Pleasanton and dedicated member of Trinity Lutheran Church for over 47 years, and faithful husband to his wife of 60 years. He was an avid sports fan and in his younger days an excellent golfer who spent many hours of enjoyment on the greens of Castlewood Country Club. He loved to travel and ventured with his wife and friends to many places including Alaska, Hawaii, Costa Rica, England, Norway and Italy. John had a green thumb and could grow just about anything from the best tomatoes to beautiful roses - on a sunny day, his neighbors often saw him out front lovingly caring for his plants. His friends and family will always remember him as a gentleman with a sweet disposition and a snappy sense of humor, a fierce cribbage competitor, a tough Norwegian who made the best lefse, and a man who could barbeque the tastiest turkey ever.

Devoted to God, country and family, John was a proud Norwegian, devout husband, loving father and grandfather who served his country proudly, lived a life well lived and will be truly missed.

Photo Gallery
0 photos Upload a photo
Remembrances
0 entries Submit a remembrance
Memorial service
A celebration of life service will be held at Trinity Lutheran Church in Pleasanton on June 18, 2016 at 11:00 a.m.
About this site     Contact us