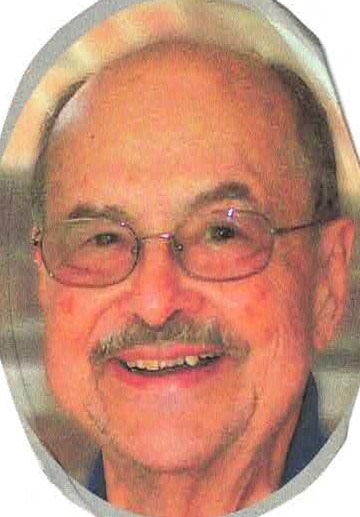 John P. Gualandri, Jr., age 85, of Withee, passed away surrounded by his loving family on Saturday, January 23, 2021 at his home under the tender care of Hope Hospice.

A private graveside service at Riverside Cemetery will be held at a later date.

John was born on August 2, 1935, the son of John and Jennie (Mordini) Gualandri, Sr. in Highland Park, IL. He graduated from Highland Park High School in 1953 in Illinois. John served in the US Air Force as a Staff Sergeant during the Korean War. He attended DeVry Institute of Technology. He then worked as an Air Traffic Control Supervisor in Fremont, CA retiring in 1986. John was united in marriage to Martha Atchley on Dec. 22, 1957 in Chattanooga TN. Martha preceded him in death on June 14, 2014. He later married Laura (Mitchell) Bruckschlager on Sept. 11, 2016 at Holy Rosary Parish in Owen, WI.

John was involved with coaching youth sports such as: ice hockey, football, and baseball. He loved traveling extensively with family throughout the United States. John was a member of the National Association of Letter Carriers, the American Legion in CA, and Holy Rosary Parish in Owen, WI.

John is preceded in death by his first wife, Martha; and a brother: Donald Joseph Gualandri.

Family and friends may express condolences online at www.maurinaschilling.com